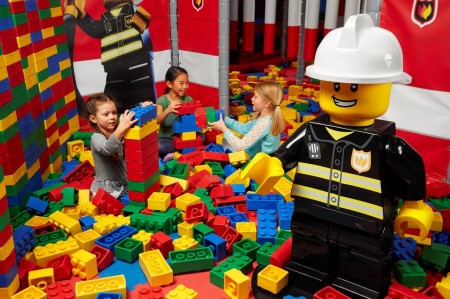 Scheduled to open in Autumn 2017, the attraction reflects the success of the LEGOLAND® Discovery Centre concept and the huge and enduring appeal of the LEGO ® brick.

MINILAND is designed to reflect the iconic buildings of each individual attraction's location, with the LEGOLAND ® Discovery Centre Melbourne set to include both buildings from the city's impressive skyline and landmarks from the surrounding area, nominated by the local community.

Merlin's Chief New Openings Officer John Jakobsen explained "the LEGOLAND® Discovery Centre concept has been a huge success across the globe, particularly as part of a family day out of shopping and dining.

"We have no doubt that the Centre will be popular in Melbourne, and we are delighted to be working with Federation Centres on this exciting new project.

"Australia and Asia are very important development areas for Merlin.

"We already have a cluster of exciting attractions in Sydney and now we want to build our business here in Melbourne which is a vibrant, exciting city, with a high proportion of families with young children, all looking for high quality leisure options.

"Chadstone Shopping Centre is not only the most popular shopping centre in Melbourne but the number one retail destination in Australia, attracting both local and international visitors with its exciting mix of retail, dining and entertainment, making it the ideal location for LEGOLAND ® Discovery Centre Melbourne."

This significant addition is part of a $600 million evolution of Chadstone Shopping Centre, with the cornerstone of the development to be a new retail, entertainment and dining precinct.

"This exciting announcement is the first of many for this major redevelopment at Chadstone, which will deliver an even better customer experience, ensuring Chadstone remains Australia's preeminent Shopping Centre, and further cementing Chadstone as a world leading retail and leisure destination."

Plans and designs are already in place for the 2,800 metre² attraction and construction is expected to begin in June 2016.

Troy Taylor, LEGO Director of Marketing for Australia & New Zealand, stated that Melbourne's all-new LEGOLAND ® Discovery Centre will be the first of its kind in the Southern Hemisphere, remarking "Merlin has been a valued long-time partner of the LEGO Group.

"It is fantastic that Australian children and families will get the opportunity to have a deeper engagement with the LEGO ® brand through the LEGOLAND ® Discover Centre."