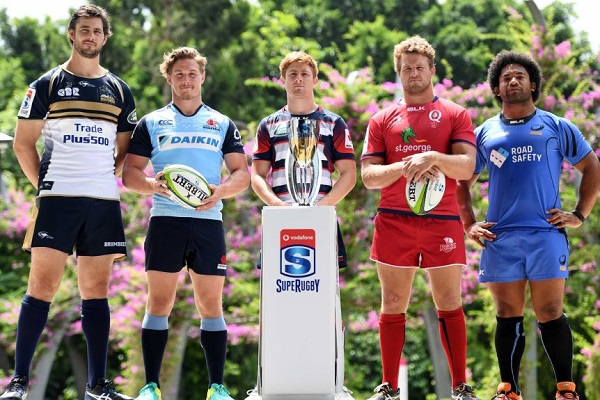 Rugby Australia has advised that the 2021 Super Rugby AU season has been “a hit with fans” with record-breaking numbers tuning in on television, at games and at Rugby fields around the country.

With the past weekend’s ANZAC Round marking the close of the competition’s regular season, domestic television ratings are up by an average of 144% across the season year-on-year.

The ratings do not include the numbers for the Stan Sport platform, and come ahead of the Finals series, culminating in the Final on Saturday 8th May at Brisbane’s Suncorp Stadium.

At-match attendance has also surged with the competition seeing the biggest crowd in more than five years for the Round Eight clash between the Queensland Reds and the Brumbies at Suncorp Stadium.

Rugby Australia say the impact is also being felt at the community level with a 16.4% surge in player registrations from the same time in 2019 which it attributes to the greater broadcast reach as well as dedicated marketing campaigns, further Sporting Schools integrations for Rugby, an increased rollout of Get Into Rugby programs and more Rugby Sevens competition opportunities.

Rugby Australia Chief Executive, Andy Marinos commented “we’ve been thrilled with the television audience figures so far and can’t wait to see it build over the next fortnight and into Harvey Norman Super Rugby Trans-Tasman.

“I want to thank Mike Sneesby and Brent Williams as well as the rest of the team at Nine and Stan for their enthusiasm and passion for Harvey Norman Super Rugby AU. If the regular season was anything to go by, we are in for a spectacular Finals.

“Despite the snap lockdown, Perth was absolutely buzzing on Friday night after the Western Force’s victory over the Reds, and they will be heading to Canberra full of momentum and confidence against the defending Champions.

“The increased exposure has also directly benefited our community game with participation up 16.4% from the same time in 2019, and the seasons are only just beginning around the country.

“The coverage has also been fantastic for our sponsors and attracted new interest from potential partners as well, not just for Rugby Australia but the Australia Super Rugby sides and Clubs as well.

“And this is just the beginning. There’s an action-packed six weeks of Harvey Norman Super Rugby Trans-Tasman just around the corner with kick-off on 14 May before the Wallabies Test season.”

Fresh from their huge win over the Reds in Perth, the Western Force will travel to GIO Stadium in Canberra on Saturday night for a berth in the decider against the defending Champions, the Brumbies.

The winner of that clash will face Queensland in the Final in Brisbane, after the Reds finished the regular season on top of the table.

MCG’s record crowd attendance
The weekend also saw the MCG record attendance for a sporting event in the COVID-19 era after more than 78,000 fans watched yesterday’s AFL Premiership clash between Collingwood and Essendon.

The MCG was last week given the green light to welcome up to 85,000 fans at the weekend as COVID-19 restrictions were eased by the Victorian Government.

Although the attendance fell short of the capacity limit, the 78,113 figure still surpassed the previous pandemic record of around 66,000, which was set during last month’s Twenty20 cricket match between India and England at Narendra Modi Stadium.