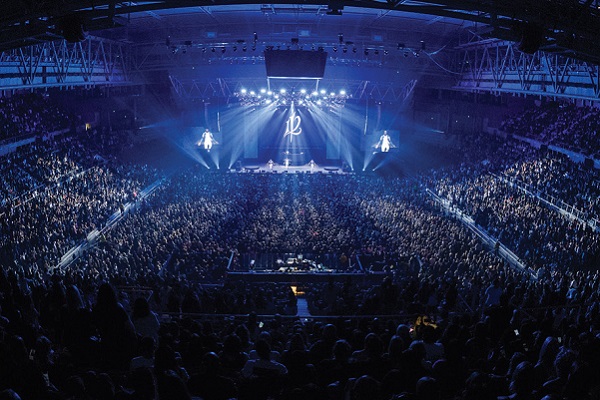 Plans for the development of an indoor arena on the Gold Coast are reportedly advancing with the Queensland Government understood to be in talks with global entertainment conglomerate Live Nation to build a 10,000 seat retractable roof venue in the state’s second largest urban area.

As reported over Christmas by the Gold Coast Bulletin, the new venue would likely be a joint venture between the Queensland Government and Gold Coast City Council

“We are working with council to support Live Nation.”

Live Nation has expressed enthusiasm to partner with the Queensland Government, saying there was enough demand in the city for live music, but there was no appropriate venue to host major acts.

With a range of entertainment industry identities backing the idea for a Gold Coast arena when it was first suggested earlier this year, the Gold Coast Bulletin made no mention of any contact between Minister Jones and other potential stakeholders in the venue including TEG and ASM Global.

Minister Jones made no indication of whether Live Nation would contribute to the project financially, although the Gold Coast Bulletin did reported Gold Coast Mayor Tom Tate as saying the venue could be managed by a private consortium.

The Gold Coast Bulletin also suggested three potential sites for the venue including Southport’s Owen Park and Miami’s Pizzey Park. Two of the sites are on the Gold Coast’s existing light rail route while the other is located near its future extension.

Mayor Tate has previously said a potential new arena would be a “multi-function” complex with a retractable roof that would have a capacity of between 8,000 and 12,000 people.

Similar sized venues in Australasian include the Adelaide Entertainment Centre and Auckland's Spark Arena (each with a 12,000-seat capacity) and the Melbourne Arena (the former Hisense Arena) with a 10,500 capacity. By comparison, the Brisbane Entertainment Centre has a capacity of 13,500.

Images: The Melbourne Arena (formerly known as the Hisense Arena) has a similar capacity to the planned new Gold Coast arena.