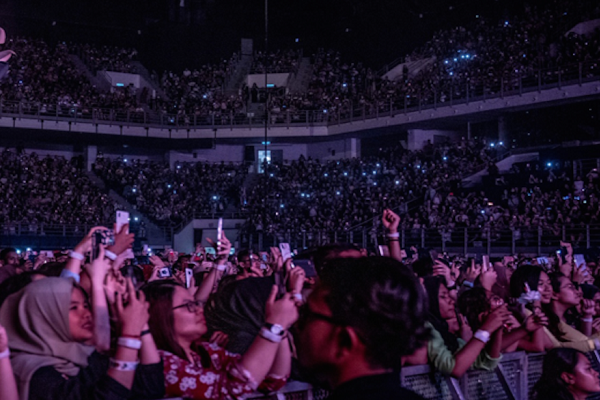 Global entertainment giant Live Nation is to further expand its presence in Asia with the announcement that it has acquired a controlling interest in the live entertainment division of PR Worldwide, one of Malaysia's leading live events promoters.

Established in 1999, the Kuala Lumpur-based company promotes a vast array of international acts and family shows and has a long-standing relationship with Live Nation, having partnered with the company on tours in the past for Bruno Mars, Lewis Capaldi, Why Don’t We, LANY, Jim Jeffries and Charlie Puth.

PR Worldwide has also been responsible for bringing global acts such as Ed Sheeran, Mariah Carey, Imagine Dragons, Russell Peters and Shawn Mendes, as well as family brand Disney On Ice to the region.

“By joining forces with PR Worldwide we are excited to add yet another market to our Asia Pacific network which enables us to become the leading international concert promoter in Malaysia.

“It is our pleasure to welcome Para Rajagopal and his team to the family and we look forward to working with them to service artists and offer unforgettable live experiences to fans across the region.”

Para Rajagopal, founder and Chief Executive of PR Worldwide, added “we are extremely proud to be taking our long-standing relationship with Live Nation to the next level. It gives us a unique opportunity to continue PR Worldwide's 20-year commitment to the development of the Malaysian live entertainment industry.

“Together, we can strengthen Malaysia as one of the major live entertainment destinations while giving both artists and fans the very best live experiences.”

In the past week, Live Nation Asia also launched Live Nation Connects, a new creative marketing agency to connect brands to fans across the continent.