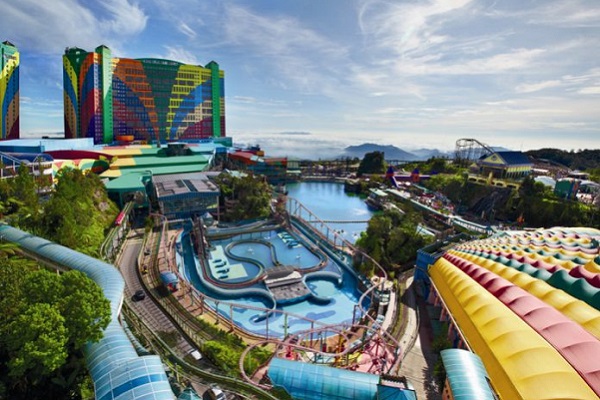 Genting Malaysia is planning a soft opening of its theme park at Resorts World Genting in the third quarter of 2020.

However, an according to a note from Maybank, Malaysia's largest financial services group, the cost of the new, yet to be branded theme park, has gone significantly over budget.

The Genting Outdoor Theme Park is a central plank of a multi-billion dollar revamp of the Highlands integrated resort. However, the project has faced delays and its future was put in doubt after a, now resolved, dispute over intellectual property with former partner 20th Century Fox.

With Genting hosting an investor tour of the attraction last Friday, the company revealed that construction work is likely to be finished early next year but rides will needs months of testing before they can open to the public.

The park will have 25 rides on 26 acres once fully built out. For the soft opening, it will have 20 rides featuring Fox intellectual property, while a further five may use themes from other studios.

It will have seven restaurants and 11 food kiosks.

The theme park is expected to significantly boost visitation to the mountain resort, located in the Genting Highlands.

Genting has yet to provide guidance on ticket prices, but did say it will employ dynamic pricing for the park.