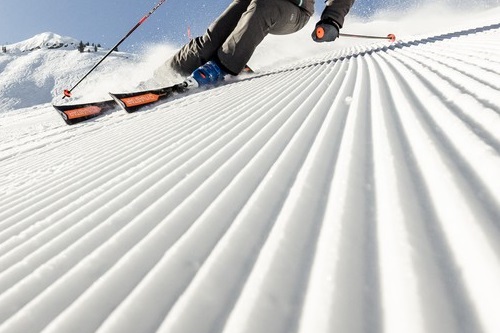 Located in Hebei, a three-hour drive from Beijing, Genting Resort-Secret Garden will see over 80 ski runs in a 1,200 Kilometre2 space.

The resort will include hotels, an amusement park, shops, restaurants and a 3,000 seat capacity convention centre. The development is also supported by a nearby military airport being converted for civilian use and a high-speed rail link to the Chinese capital.

Lim expects the resort to attract mainly Chinese visitors but its transport connections are expected ing to draw visitors from Russia and Southeast Asia, stating "(in) the initial years, we're looking at about 80,000 (visitors, growing) to about 1.2 to 1.5 million visitations a year.

"China's ski market is in its infancy compared to the US - US numbers dwarf China by 20, 30 times, (so), from that standpoint, we see a lot of growth potential."

China's Ski Association estimates that the country will have 20 million skiiers by 2014 but with skiing still new and niche to the Chinese, and expected to remain so for some time, the resort is expecting non-skiiers to make up the bulk of its revenue.

Across China, new ski resorts are offering much more than snow sport.

As Axis Leisure Management President Justin Downes explains "the amount of people who visit ski resorts is about five million per year across the country but probably less than 50% of those are actually skiing.

"The Chinese like to travel with their grandchildren, their friends, their family. They don't want to ski."

However, the growing market has attracted many new players like Club Med which plans to have five ski villages in China by 2015, and China's Wanda Group which is building a resort near the North Korean border

Downes adds "given that the ski market in Europe and North America is flattening or declining, (developers) are looking for opportunities to invest. Companies like Vale Resort for example, large US developer and operator of destination ski resorts, they're looking for the right opportunities to strengthen their global markets."