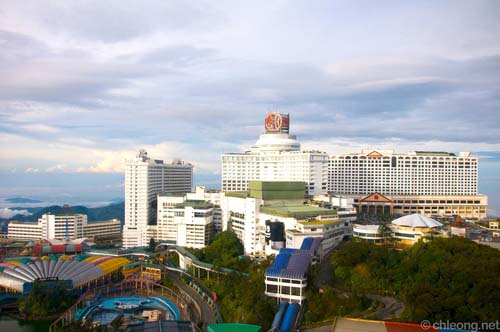 However, Genting Malaysia Chairman and Chief Executive Tan Sri Lim Kok Thay advised that  while business at its Resorts World Genting had not affected by the MH370 incident, improvement in visitor volume is not expected to be significant until its new theme park starts operations in 2016.

Lim recently told shareholders at Genting Malaysia's AGM "MH370 hasn't quite affected us, as much as the closure of the theme park and is more apparent since the beginning of the year."

Visitors at Resorts World Genting saw a 4.39% drop to 19.6 million in 2013 from 20.5 million in 2012. However, a slight recovery in visitors is likely to be seen when the Arena of Stars entertainment venue, which is undergoing upgrading works, reopens in the coming months.

Meanwhile, the Twentieth Century Fox World theme park, which forms part of the Genting Integrated Tourism Plan (GITP), is estimated to cost RM1 billion (US$309 million) and is targeted to open in two year.

GITP is a 10-year master plan for development, expansion, enhancement and refurbishment of hotels, theme park and infrastructure at Resorts World Genting.

Genting Malaysia has budgeted RM5 billion (US$1.5 billion) for the investment in the facelift of its flagship hilltop casino resort.

Answering questions raised by the shareholders, Lim said he expects visitors at Resorts World Genting to increase by 20% to 25%, registering 24 million to 25 million by 2016 against around 20 million at the moment.