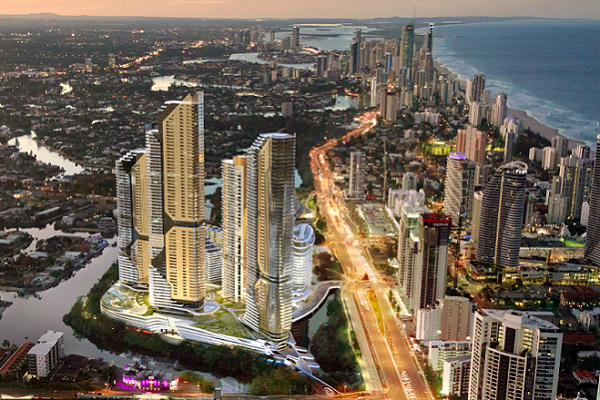 The Queensland Government has announced it will fast track The Star’s $2 billion masterplan to build new hotels and upgrade the Gold Coast Convention and Exhibition Centre (GCCEC).

The Star is looking for continued exclusivity for its casino licence on the Gold Coast in return for a major investment in hotel and convention centre infrastructure.

Advising, that the Queensland Government has now halted its search for a second casino operator for the Gold Coast and will now begin direct negotiations with The Star to fast track plans for the new tourism infrastructure, Queensland Tourism Minister Kate Jones stated “The Star has said it wants to make a multi-billion-dollar investment into the Gold Coast and a second integrated resort is not needed to attract more international tourists.

“We will suspend the current global tourism hub process to fast track negotiations with The Star so they can put their best food forward and we can assess what their true offer is for the Gold Coast.”

The Star had been seeking assurances of continued exclusivity from the state government, arguing the market is too small for two casinos.

In partnership with Hong Kong-based Chow Tai Fook and Far East Consortium, The Star’s plans include building five towers on Star’s Broadbeach site including a new luxury Dorsett hotel and a 5-star hotel with an outdoor function centre. The Group also intends to upgrade the Sheraton Grand Mirage, build a second resort built on a site adjoining the Sheraton and fund a much needed expansion of the GCCEC.

Minister Jones explained “we expect that in the next 10 days The Star will come back to government with a clear indication of what their plans will be.

“They have said they believe they can deliver a global tourism hub on the Gold Coast and that is what we have to assess.” 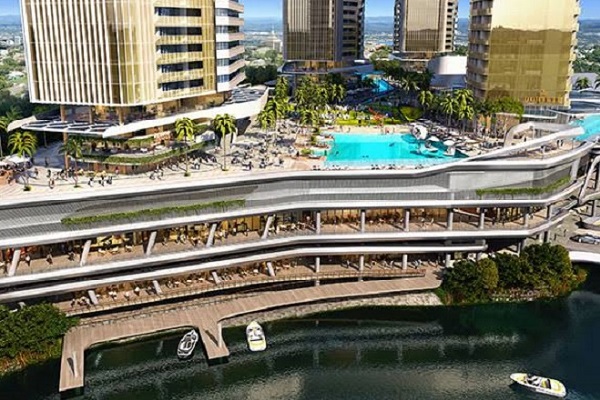 In a statement, The Star Entertainment Group said it welcomed the opportunity to negotiate a potential agreement with the Queensland Government.

The statement advised “if we are given the green light, we can move quickly to commence projects that will deliver thousands of construction and operational jobs and opportunities for Queensland suppliers.

“If rolled out in full, The Star will be able to showcase more than $9 billion worth of tourism investments and infrastructure across South East Queensland.

“The Star Gold Coast masterplan and the Queen’s Wharf Brisbane project will together create the opportunity to disperse increased numbers of tourists to other regions of Queensland as well.”

The Tourism Accommodation Association (TAA) welcomed the announcement, with TAA Chief Executive Dean Long advising that the move demonstrates “a clear understanding of the $24.4 billion contribution that tourism makes to the Queensland economy”.

TAA added “The Star has undertaken to ‘inject more than $2 billion in additional tourism investment at The Star Gold Coast’ and create an integrated resort destination which will add to the fabric of the city.”

By contract, in Sydney The Star Entertainment Group last week saw its plans from for a $500 million Ritz-Carlton hotel development next to The Star Sydney rejected for a second time by the NSW Independent Planning Commission.

Images show artist's impressions of the the expanded The Star on the Gold Coast.