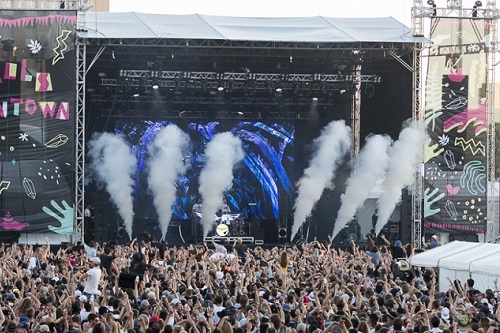 In a first for Western Australia, summer festival goers are to be offered on-site testing for sexually transmitted infections (STI).

A new initiative designed to reduce rates of chlamydia and gonorrhoea among the high-risk age group, the Western Australian Department of Health will provide free on-site testing for two sexually transmitted infections at the Falls Festival in Fremantle on 5th and 6th January 2019.

Announcing the initiative, Western Australian Health Minister Roger Cook revealed that testing would be available at a special 'pampering facility' that will be set up for the duration of the two-day event.

Testing will be quick and simple. It will involve providing a small urine sample that will be sent off site for pathology.

Festival goers who get tested will be rewarded with refreshments, free condoms and access to superior toilets. Peer educators from WA AIDS and the Youth Affairs Council of WA will be on hand at the festival to distribute condoms and help spread safe sex messages.

The festival initiative follows the success of on-site STI testing at music festivals in NSW, and is part of a broader public health program to reduce rates of STIs and blood-borne viruses in Western Australia.

Minister Cook advised “the (Western Australian) Government is committed to actions that prevent illness and disease and these two initiatives seek to do just that through a novel and targeted approach.

"Sexually transmitted infections are a serious public health concern and young people are a high-risk group. That is why it is vital they are encouraged to feel comfortable about using condoms and getting tested for STIs. These campaigns seek to normalise these practices.

"The festival initiative is a great way for young people to have fun and look after their health at the same time. I would encourage any young person attending the festival to consider taking a few minutes to get tested."