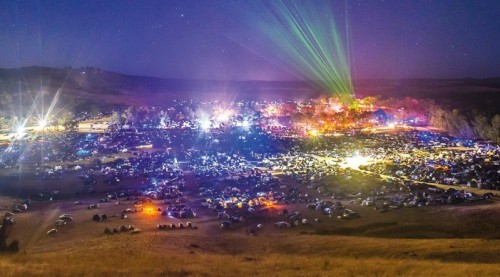 Despite industry speculation, attendance at festivals is holding strong with a newly released survey showing that 65% of Australians aged between 18 and 49 years attended the same number or more music festivals this year compared to last year, and almost half (49%) planning to attend even more festivals next year.

The findings, revealed by Eventbrite, the world's largest event technology platform, showed that, on average, respondents attend two to three festivals per year and spend about $150 per ticket.

More than two-thirds (67%) say they plan to attend festivals for at least a few more years and 59% of Australian respondents report that music festivals give them a feeling of community.

However, attendance is not just about community with half (50%) of festival goers advising that they would go to a music festival alone if they really wanted to attend.

Eventbrite engaged independent researcher MusicWatch Inc to determine the music festival landscape in a range of territories, unveiling key drivers of music festival attendance and spend. The survey covered over 2,000 18 to 49 year olds across Australia, US, UK and Canada that attended at least one music festival in the past 12 months.

Key findings from the research include:

• Despite the demise of some big name festivals in recent years, demand is strong with 65% of Australians attending the same number of festivals this year, as they did last year.
• While the popularity of larger festivals like Splendour in the Grass and Falls Festival remains strong, 48% of Australians reported they would rather attend smaller, more boutique festivals that cater to niche interests.
• Australian festival goers are willing to travel, with one in four festivals goers leaving their state to attend a music festival, and 16% travelling overseas to attend festivals like Coachella in Southern California.
• Hardcore Festival Fans (defined as those who attend five or more festivals a year) make up 14% of festival-goers, but account for 80% of total annual spend at music festivals.
• Australian festival-goers attend two to three festivals per year on average and 55% plan to attend even more in the coming year.
• Lineup is the single most important factor in driving attendance.
• 1 in 5 festival-goers spends more than $750 annually on tickets to music festivals.

Commenting on the findings, MusicWatch Inc. Managing Partner Russ Crupnick stated “affinity for the music, community, and social experiences of festivals is incredibly powerful, but with more festivals in the market than ever before, it’s become increasingly harder for those in the industry to differentiate themselves and ultimately turn a profit.

“Our research identified a key segment of valuable festival attendees who drive the lion’s share of the business. These hardcore fans are consistently outranking casual festival-goers in virtually all aspects of spending, attending, influence, and engagement.”

Insights from the Australian report include:

Festivals continue to capture hearts and wallets
Despite industry speculation, attendance at festivals is holding strong with 65% of Australian respondents attending the same number or more music festivals this year compared to last year, and almost half (49%) planning to attend even more festivals next year. On average, they attend two to three per year and spend about $150 per ticket. More than two-thirds (67%) say they plan to attend festivals for at least a few more years and 59% of Australian respondents report that music festivals give them a feeling of community. But it’s not all about community - half (50%) of festival goers admitted that they would go to a music festival alone if they really wanted to attend.

Headliners are the single top reason to attend
A variety of factors including which friends are going, cost and location impact their decisions to attend; however, the music lineup was listed as the primary reason attendees decide to go to a music festival, with nearly one in three (31%) of festival-goers reporting headlining artists as the absolute most important factor.

Festivalgoers look for the new and niche
Groovin the Moo, Falls Festivals and Splendour in the Grass were mentioned as the top festivals attended by survey respondents in 2015. However, in-line with trends recently observed amongst Australian music festivals, almost half of festival-goers (48%) reported they would rather attend smaller, niche festivals catering to their specific interests over mainstream festivals, and 41% revealed they would rather go to a new festival they haven’t been to before over one they’ve attended in the past.

Australian festival goers are willing to travel
One in four festival attendees have travelled interstate to attend a festival, and more than a third have left their city. This is reflected in the popularity of destination festivals such as Groovin The Moo, Falls Festival and Splendour in the Grass. When it comes to hardcore festival-goers, 40% have left their state to attend a festival, with 16% travelling outside of Australia. In fact, Coachella festival in Southern California sneaks in at number ten on the top festivals that Aussie hardcore festival fans attended in 2015. Given the expense of international travel from Australia, it proves hardcore festival fans are more than willing to invest in a great festival experience. Coachella is also one of the most widely broadcast festivals in the world, with every act available to livestream on YouTube - showing that taking your music festival to the global stage can drive attendance from outside of your target region. 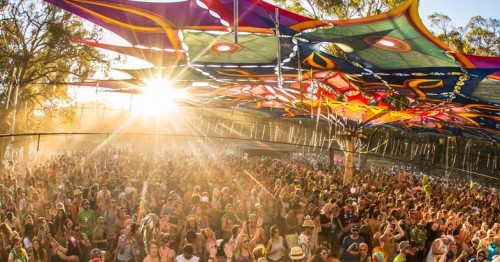 Hardcore festivalgoers make up only 14% of attendees, but drive 80% of spend
This group of frequent festival-goers (14%) are incredibly valuable attendees, driving 80% of the total annual spend at festivals. Hardcore festival-goers (those that average four music festivals each year) spend on average $752 per year compared to “casual festival goers” who spend $151, on average.

And the fun doesn’t look to be slowing - well over half (59%) of the hardcore festival-goers plan to attend even more festivals next year.

Hardcore festival-goers are much more than just diehard music fans - they love experiences. This social active group are more likely to attend other events around town and are happy to spend their hard-earned cash on great live experiences. Around 1 in 2 (45%) of hardcore music lovers attend beer/wine/spirit, arts and entertainment events compared to around 1 in 5 (17% and 20% respectively) of casual music goers.

Eventbrite Australia Head of Marketing Laura Huddle added “being ingrained in this business for the past decade, we’ve witnessed consolidation of key industry players alongside the entrance of new niche festivals and a consistent theme from festival producers and fans alike has been the desire to preserve the authentic atmosphere that makes these experiences so transformational.

“Our research indicates that not all festival-goers are created equal and that perhaps the best way for those in the industry to continue to thrive is by tapping into this core group of hardcore fans and what ultimately keeps them coming back for more.”

Click here to view the full research and learn more about hardcore festivalgoers.

Eventbrite, which has processed 10s of millions of tickets to hundreds of thousands of music events, currently tickets popular Australian music festivals including Beyond the Valley, Let Them Eat Cake, and Rainbow Serpent.