NBL generates record viewing figures during first round of the season 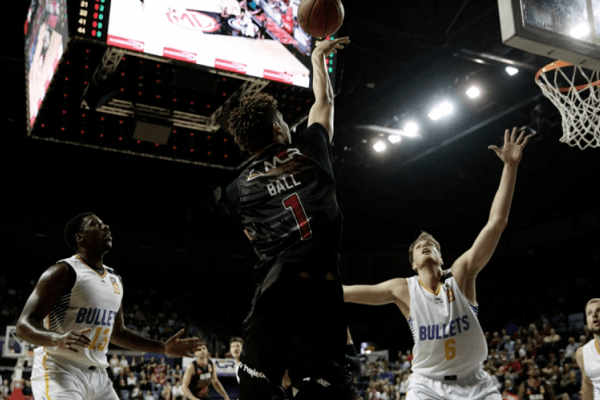 The National Basketball League (NBL) has delivered record-breaking attendances for the opening round of the 2019/20 Season while generating remarkable streaming figures in the US market.

The opening round game between the Illawarra Hawks and Brisbane Bullets has become the most-watched game in NBL history with one million people watching the live stream on Facebook in the USA.

The viewing figure is a remarkable result for the new deal between the NBL and Facebook, which will see a selection of NBL games during the season to be streamed on Facebook Watch in the USA via the NBL Facebook page.

The global reach of the NBL this season has already produced a massive increase in engagement across the league’s social media platforms, with 4.5 million impressions on Instagram posts across the opening round alone.

Welcoming the engagement, NBL owner and Executive Chairman, Larry Kestelman, stated "these are huge numbers by any measure and confirm the NBL’s status as a global entertainment product.

“They also reinforce our position as the best basketball league in the world outside of the NBA during what is a very exciting time for the sport in Australia and New Zealand.

“There is obviously a lot of interest in LaMelo Ball and RJ Hampton ahead of next year’s NBA draft but also the NBL and basketball here more broadly.

“Our games are being broadcast to a potential reach 130 million people across the world including the U.S., Europe and Asia but our numbers are also exploding across all social media platforms.

“As a global sport and entertainment product, we are in a unique position to capitalise on this as we continue to grow the league both here and around the world in the years to come.”

Round two of the 2019/20 Hungry Jack’s will tip off this Friday night when the Brisbane Bullets plays the Cairns Taipans in their new home venue at the Queensland State Netball Centre.