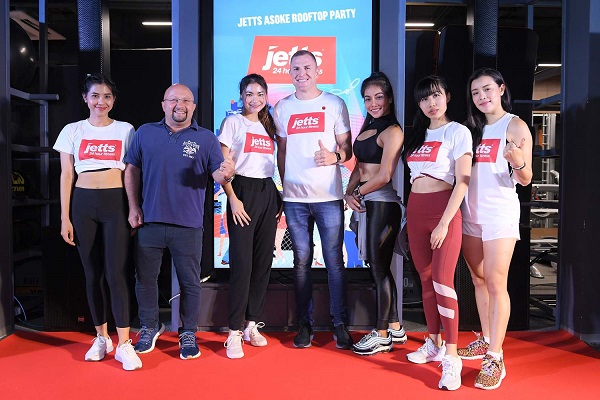 Jetts Fitness is continuing its expansion in Thailand with the recent opening of its 19th club in the country and its 11th club in Bangkok in the suburb of Asoke.

Other unique features of the Jetts Asoke club include being located in a stand-alone building, having a special floor for group exercise classes, and offering a top-floor deck that serves as functional training area, personal training space and a venue for occasional events and entertainment.

Introducing the club, Dane Cantwell, Country Manager at Jetts 24 Hour Fitness (Thailand), stated “the opening of the Jetts Asoke club marks our penetration into unbeatable locations in the heart of Bangkok’s central business district, bringing utmost ease of convenience for our members.

“The top-floor deck is equipped with a line of functional training equipment for those who prefer breaking a sweat in a fresh and open air environment.

“The open space of the rooftop also makes it an ideal venue for training ground, parties and activities on weekends and special occasions.” 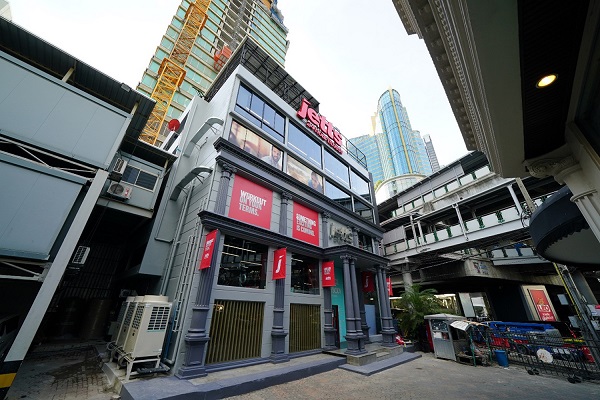 Commenting on the introduction of HYPOXI training, Cantwell added “HYPOXI is the latest trend in cellulite and targeted fat reduction treatment that utilizes vacuum technology to target fat in the problem zones of the stomach, waist, hips, buttocks and thighs.

“This innovative treatment has already taken the international world of celebrities by storm by giving them the ability to achieve significant fat and cellulite reduction in less than four weeks. After its debut at Asoke club, we plan to have as many HYPOXI studios as we can in Jetts clubs across Thailand.”

12 years since the first Jetts opened in Maroochydore, the 24/7 chains now operates more than 270 clubs across Australia, New Zealand, the Netherlands, the United Kingdom and Thailand.

Acquired by Quadrant Private Equity in a $100 million deal in 2017, the group has looked to expand in south east Asia backed by the ownership of Fitness and Lifestyle Group.

Speaking last year, Fitness and Lifestyle Group Chief Executive, Greg Oliver said Jetts had well and truly made a mark here in Australia and it was hoped to spark a fitness revolution in Thailand.

Oliver told the Sunshine Coast Daily “as with the global health and fitness sector, Thailand is experiencing a surge and Jetts will tick all the boxes for health-conscious consumers that demand a gym that is simple, affordable and fits into their busy lifestyles.

"We're excited to be making fitness available to the population of Thailand and look forward to becoming the number one new player in the local fitness market.”