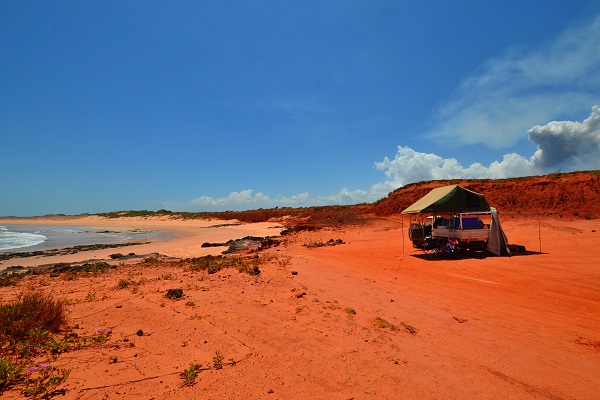 The High Court is to hear an appeal over whether the public has legal access to beaches north of the Western Australian town of Broome.

The Federal Court of Australia has already decided that beaches north of Broome are the exclusive possession of native title holders and, although they are popular camping and fishing areas, the public does not have a legal right of access.

However, as reported by the ABC, that decision is being appealed in the High Court by the Federal and Western Australian Governments, and the outcome will be the final word on whether native title can trump public access on an Australian beach.

Kimberley Land Council (KLC) Chief Executive Nolan Hunter said the idea that the beach belongs to no-one was a hangover from terra nullius and colonial times history of not recognising Aboriginal ownership of land.

Hunter told the ABC “this is about how the people should not take it for granted that Aboriginal people are just here to be abused, or taken advantage of, or dispossessed.

Hunter hopes that a growing understanding of Indigenous connection to country would help avoid this issue becoming an fight between Aboriginal people and the general public.

He advised “the whole point of recognising native title is that people have the ability to make decisions for their land.

"You can't on the one hand say yes we recognise that you have exclusive possession native title, but it doesn't mean anything because anybody should be able to go there."

The Federal Court finally determined exclusive possession last year over a 40-kilometre stretch of coast from Willie Creek, north of Broome, to Coulomb Point, 26 years after the first claim was made.

But the legal basis for this public access was appealed by the Bindunbur and Jabirr Jabirr/Ngumbarl traditional owners, and in December 2018 the Full Federal Court upheld that appeal and removed the right of public access to beaches, waterways, marshes, and riverbanks.

Although this stretch of coast is a popular camping and fishing destination used by Broome locals and squadrons of visiting caravaners and four-wheel drivers, this access had no legal basis such as being gazetted for recreational or conservation purposes.

Last week the High Court granted leave to the Federal and Western Australian Governments to appeal the Federal Court's decision to remove public access rights to this area.

In a statement provided to the ABC, the Attorney-General's office advised “we are arguing in support of the access clause being consistent with provisions in the Native Title Act which allows governments to confirm existing ability of the public to access and enjoy waterways and coastal areas.”

The requirement of the Native Title Act to demonstrate ongoing connection of a continuous cultural tradition often prevents native title being granted.

As a result, even if the High Court upholds the exclusive possession in the case of the beaches north of Broome, it remains to be seen how traditional owners may use that right.

Hunter advised that there is currently no certainty as to how traditional owners will use their right to exclude the public from the beaches north of Broome, should the High Court find in their favour.

The KLC website suggests the implementation of visitor permits and the establishment of Indigenous ranger groups are possible outcomes.

Camping on the beach south of Coulomb Point. Courtesy of WA Adventure.