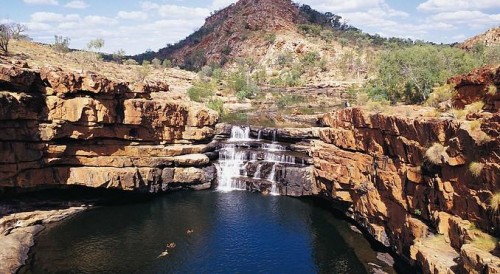 Western Australian Environment Minister Albert Jacob has this week signed an agreement for a new national park in the Kimberley.

The agreement with the Wilinggin traditional owners will create the new 740,000 hectare Wilinggin National Park between the King Leopold Ranges and the Mitchell River.

The new National Park will be part of the Kimberley National Park, which is set to become Australia's biggest national park at around two million hectares.

Created as part of the Kimberley Science and Conservation Strategy, the park soon is being established in partnership with the traditional owners, with Wilinggin people to be employed as park rangers and set to take an active role in its management.

"Wilinggin people will be employed as park rangers and take an active role in park management through a joint management body."

The new park, which will protect the area's exceptional cultural and biodiversity values, will have visitor facilities including campground and day-use sites for tourists experiencing the rugged and spectacular Kimberley.

The renaming of the King Leopold Ranges is part of a global move to remove the name of Belgium’s King Leopold II, from landmarks and places.

The ranges, about 135 kilmoetres east of Derby, were named after the Belgian monarch by explorer Alexander Forrest because of “the great interest taken by His Majesty in exploration”.

However, during his reign over what is now known as the Democratic Republic of Congo, King Leopold II is believed to have been responsible for the death of more than 10 million people.