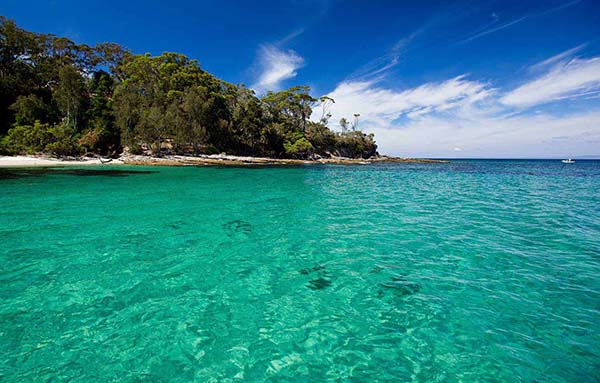 The Australian Government has announced that visitors will be able to access iconic Commonwealth national parks for free, with entry fees waived for Uluru-Kata Tjuta, Kakadu and Booderee National Parks from 16th March to 31st December 2020.

These parks offer visitors the opportunity to experience spectacular wildlife and vast landscapes ranging from white sand beaches, to wetlands and the red centre.

Federal Tourism Minister Simon Birmingham advised that this initial initiative under the Government’s $1 billion Coronavirus Regional and Community Fund, was aimed at supporting local tourism operators and getting more tourists into these regions.

Minister Birmingham added that “tourism is the lifeblood of the communities in and surrounding these national parks, and it’s absolutely critical that we help to get people back visiting these areas that rely on tourism.

“This is just the start of targeted initiatives that we will be backing under this Regional and Community Fund to drive visitation into our tourism regions and support tourism businesses that have been hit the hardest as a result of the coronavirus.”

Federal Minister for the Environment Sussan Ley noted that the decision sent an important message of support to businesses and to tourists.

Tourism is a key driver of regional economies and these national parks are anchor destinations for their regions.

Combined, they welcome more than 820,000 visitors annually and support the visitor economy in surrounding towns and communities through flow-on benefits of visitation to the accommodation, hospitality and tourism sectors.

Under the lease arrangements for these national parks which are jointly managed by the Director of National Parks with their Traditional Owners, a percentage of revenue generated from the sale of park entry fees is returned to traditional owners. The Australian Government will continue to pay the lease payments to the park’s Traditional Owners.

This announcement is further to the Australian Government’s broader range of tourism stimulus measures, including the Holiday Here this Year campaign, which encourages Australians to holiday domestically.

We are encouraging Australians to make the most of this opportunity to have free entry into some our nation’s most spectacular national parks and to start planning their next holiday.