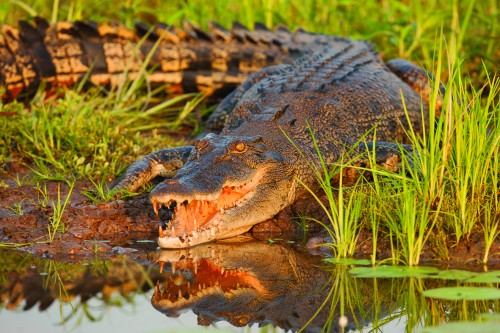 Federal parks agency Parks Australia is advertising the position of Park Manager of Kakadu National Park, a role it describes as being “a ride on the wilder side of life”.

Described as “not (a job) for the faint-hearted” the role is for a person to run the World-Heritage listed landscape of some 20,000 kilometre² and “play host to the world as it arrives on your front doorstep.”

Kakadu National Park has been home to Bininj/Mungguy for thousands of years and is a place of enormous cultural significance and ecological and biological diversity.

The role will see the postholder manage a “complex business”, managing a team of up to 75 staff and will include liaising with people from all walks of life, managing day-to-day operations and working side-by-side with Kakadu’s Aboriginal Traditional owners to understand and work towards their vision.

The postholder will also be expected to “bring  in the cash and get us five star reviews on Trip Advisor”.

The position description adds “with the Ranger uranium mine set to close in 2021, the community is at a turning point.

“We need you to take the buffalo by the horns, work closely with the joint Board of Management, lead a dedicated team and enrich this iconic World Heritage listed park.”