30 years ago this week, America fell in love with Crocodile Dundee and Kakadu 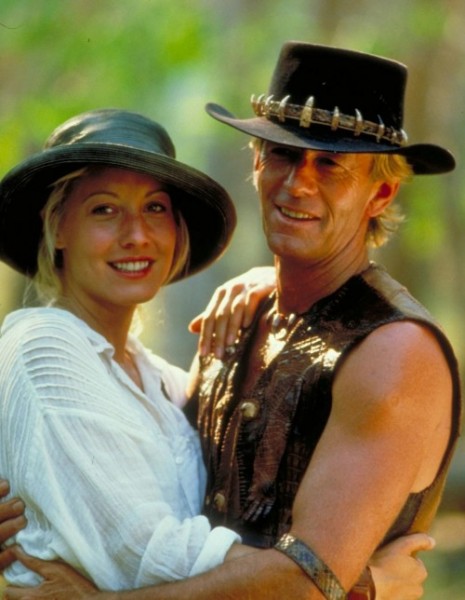 "That’s not a knife, that's a knife," might be the immortal line from Crocodile Dundee, but it was the rugged and beautiful landscape of Kakadu that captured the imagination of Americans as the film made its debut across the USA 30 years ago this week.

On 26th September 1986, Crocodile Dundee opened on 879 screens in the USA and became the biggest grossing film in Australia’s history. In America, it grossed US$174.8 million at the box office, and was only pipped by Top Gun as the most successful film in the USA in 1986.

It wasn’t the first time that Paul Hogan, who played the larrikin Mick Dundee, had shown Kakadu on the international stage, with Tourism Australia combining the two for the ground-breaking ‘shrimp on the barbie’ advertisements, but with Kakadu’s dramatic landscape such an integral component of the film, a fledgling tourism industry was supercharged overnight.

Crocodile Dundee put Australia on the map for Americans, and many other international travellers. Julia Redwood, who directed the documentary Selling Australia about the film’s impact recalls "Hogan's character shaped the American view of Australia and is still relevant today. If you show a picture of Paul Hogan to an American today, they'll know exactly who it is." 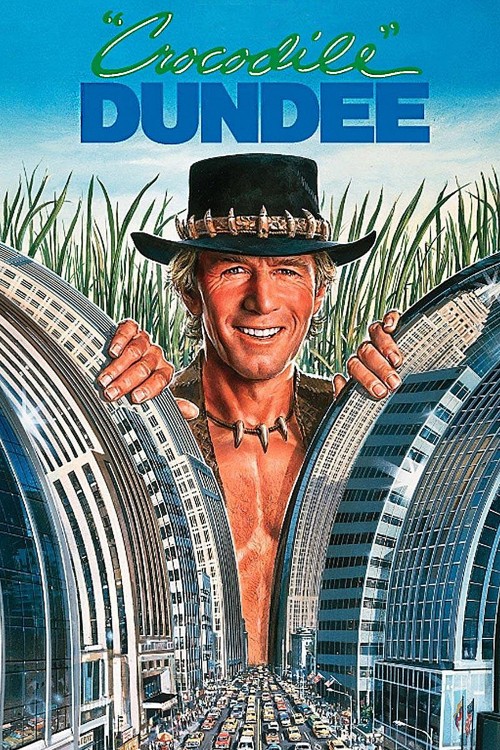 Not surprisingly, the ‘crocodile’ became a central attraction for tourists, with the famous Crocodile Hotel developed by the local Gagudju people in the shape of a ‘ginga’, as the crocodile is known in the local language.

Tourism to Kakadu has enjoyed a major renaissance in 2016, with easier access, lower hotel costs in Darwin, and the falling Australian dollar all contributing to the revival.

This week in 1986, an Australian dollar was worth US$0.63, and while the current exchange rate is at US$0.76 for an Aussie dollar, the reduction from peaks of US$1.10 has seen the US inbound market to Australia rise to record levels in 2016.

Commenting on the anniversary of Crocodile Dundee, Chair of Kakadu Tourism, Rick Allert - who was also a former Chair of Tourism Australia – said that Paul Hogan’s roguish, good-humoured character was the perfect complement to the Kakadu landscape. 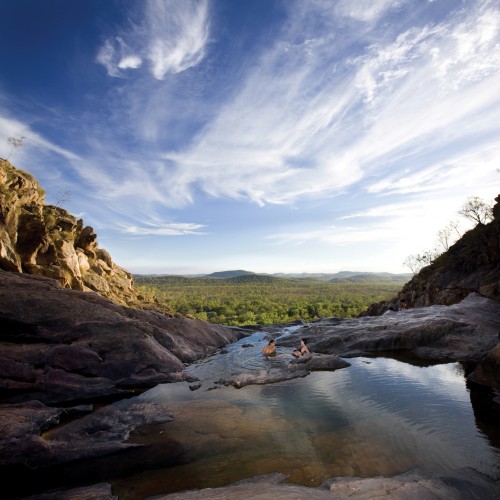 Allert explains “the film goes much deeper than some people might think, capturing the spirituality of the Indigenous traditional owners along with the region’s rich cultural significance.

“One of the most spectacular locations – the Gunlom waterfall and infinity rock pool – was known in 1986 as UDP Falls – named after an uranium mining company, because apart from the Indigenous people, miners were the only people who had explored the area.

“Today, sites made famous in Crocodile Dundee – such as Ubirr, Nourlangie and Bardedjilidji walk – are more easily accessible, and there is an excellent range of accommodation and organised tours to cater for travellers.

“Our tourism businesses such as the Crocodile Hotel, Cooinda Lodge and Yellow Water Cruises have enjoyed one of their best trading years for quite a long time, attracting increased numbers of both international and domestic visitors wanting to follow in the footsteps of Mick Dundee.

“We have upgraded the Crocodile Hotel, introduced an Indigenous ‘artist in residence’, and at Cooinda, the launch of ‘Flash Camp’ style accommodation this year has been an enormous success.

“The season has been quite unusual because of heavy rains during September, but this will mean the waterfalls will be running for much longer, there will be even more fish in Yellow Water Billabong and there will be an extraordinary amount of bird life in Kakadu National Park for Kakadu Bird Week, which starts from 2nd October.

For more information go to www.kakadutourism.com