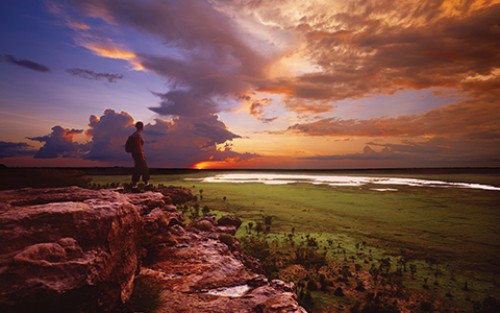 An historic Memorandum of Understanding signed today in Jabiru, Northern Territory, safeguarding the town’s future as the tourism and services hub for the World Heritage listed Kakadu National Park.

The Darwin-based consultancy, which is majority Indigenous owned and staffed, will work closely with Parks Australia, Kakadu’s Traditional Owners and Board of Management, and the broader tourism industry to deliver this important project for the Northern Territory visitor economy.

Welcoming the MoU, Tourism & Transport Forum Chief Executive Margy Osmond stated “today’s signing and the appointment of PwC Indigenous Consulting are incredibly important for Kakadu and for the future of Jabiru.

“Jabiru is the gateway to Kakadu National Park and as the town transitions from supporting the Ranger Mine, it is critical that we work together to make sure the region can thrive as a regional services and tourism hub for the park.”

Speaking from the ceremony, Osmond added “it is fantastic to see this significant commitment to infrastructure for Jabiru, which is an investment for both locals and the 200,000 domestic and international visitors that travel to this iconic part of the world each year.

“With the Federal Government committing to improving tourism infrastructure and experiences, as well as mobile communications connectivity within Kakadu, it’s a great win for locals, tourists and the industry alike.

Osmond went on to say, the knock-on effect of today’s announcements will undoubtedly benefit the entire tourism industry, concluding “Kakadu is one of the sparkling jewels in Australia’s Destination crown.”