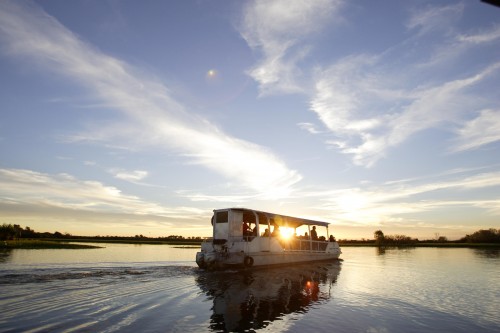 Pledges of up to $220 million by the Federal Liberal National Party and Labor Party to rejuvenate Kakadu National Park’s ageing tourism infrastructure has been welcomed by the Park’s key industry group, Kakadu Tourism.

The commitments by both parties come as Kakadu National Park is set to celebrate the 40th anniversary of its declaration in April.

Kakadu’s largest tourism and accommodation operator, Kakadu Tourism, said the funding would be crucial in rejuvenating one of Australia’s most important natural and cultural tourism destinations.

“Our Cooinda and Jabiru properties are fully Indigenous owned and have provided the lifeblood of Kakadu’s tourism industry for many decades, but there is no doubt that tourism infrastructure has really held back the industry from progressing since the pinnacle of the Crocodile Dundee days.

“Jabiru’s Crocodile Hotel is renowned around the world for its distinctive architecture and its integration of Kakadu’s art and spirit in its design, but the town requires a re-invigoration of services and facilities along with a new vision to help rejuvenate the destination.

“2019 marks the 40th anniversary of Kakadu National Park. This is a great opportunity to highlight to the world that not only is the park one of Australia’s most inspirational landscapes but also one of the most important cultural destinations, celebrating the legacy of some 65,000 years of continuous Indigenous habitation.

“We would like to see Jabiru established as Kakadu tourism’s heart in the wake of the end of mining, and we would like to ensure that visitors to Kakadu can visit the region’s prime tourist attractions throughout the year. At present, too many of the ‘icons’ are inaccessible for much of the year, which has seriously inhibited growing tourism.

“It is a long way to come for overseas visitors and they have every right to expect to experience our key waterfalls, swimming holes, rock art and walks for most of the year. Last year one of our most prized attractions was open for barely two months because of inaccessibility, which is clearly not good enough.

“Kakadu should be a showcase for Indigenous culture and heritage and with the committed Federal Government spending we believe we can provide a sustainable future for the region and its people.”