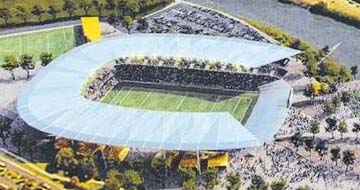 With funding of a new stadium and events centre in the Queensland city of Townsville having emerged as a significant election issue, Prime Minister Malcolm Turnbull has matched a Labor election commitment to provide $100 million in funding for the planned new venue.

Campaigning in Far North Queensland, the Liberal party leader also announced the diversion of $1 billion of Government money previously allocated for fighting climate change towards projects that are focused around preserving the Great Barrier Reef.

Prime Minister Turnbull stated “the Coalition will invest $100 million to achieve the city’s vision for a modern stadium, entertainment venue and headquarters for the 2015 NRL premiers, the North Queensland Cowboys.

“A re-elected Turnbull Coalition Government will invest in the future of Townsville and the region, delivering jobs and growth.

“With its relative proximity to Asia and important natural endowments, Townsville is central to the development of North Queensland.”

Prime Minister Turnbull said Townsville would lead the nation by being the first to establish a deal under his Smart Cities Plan, adding “City Deals are intended to make our cities more liveable through more integrated planning, better collaboration between governments and, ultimately, improved delivery of the infrastructure that families and businesses need.” 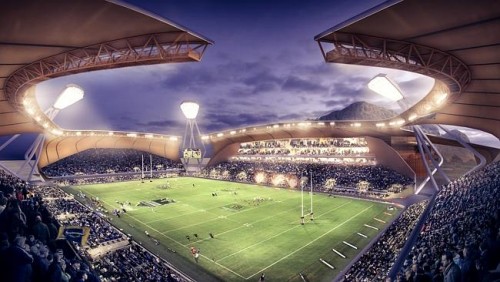 If agreed to by all levels of government, the Townsville City Deal will use the Federal Government’s investment in the stadium and entertainment centre to rejuvenate central Townsville.

With a Queensland Government commitment of $140 million and $10 million from the NRL, the new $250 million venue (once estimated as costing $380 million to build) now looks set to become a reality with all levels of Government to work on a schedule to deliver the new stadium.

This is inspite of a confidential business case submitted to peak infrastructure body Infrastructure Australia, advising that the stadium will not be financially viable and will cost taxpayers half a billion dollars over 30 years.

Nonetheless, NRL Chief Executive Todd Greenberg was among many who welcomed the funding announcement, stating “This is terrific news not just for Townsville, but for all of North Queensland

“A new stadium will deliver 1,650 jobs for the city at a time of need and it will be the cornerstone of a new entertainment precinct in the city.

“So not only will our fans benefit from a better experience in a new  stadium, but the people of Northern Queensland will benefit from new jobs and an influx of cash into the local economy.

“It’s terrific that all sides of politics and all levels of government have now made the funding commitments needed to make a new Townsville Stadium a reality.”

Prime Minister Turnbull’s announcement of a $1 billion plan to save the Great Barrier Reef will create a new fund to help protect the Reef from climate change and poor water quality. 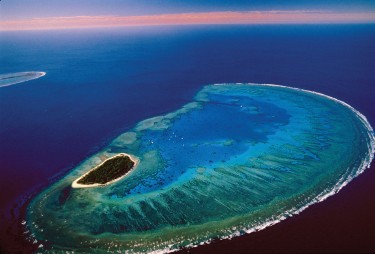 The plan will divert money allocated for fighting climate change towards projects that are focused around the Great Barrier Reef.

The plan will see $1 billion of the $10 billion overseen by the Clean Energy Finance Corporation (CEFC) directed towards clean energy projects near the Great Barrier Reef, including some that have the co-benefit of improving water quality.

The money, which would otherwise have been lent to clean energy technology projects, will be loaned to projects and and will be required to deliver financial returns,

The pledged investment comes on top of $461 million reportedly spent by the Coalition on the Reef since coming to power in 2013.

A fortnight ago, Opposition Leader Bill Shorten pledged $500 million to fund the conservation of the Reef, including $377 million in new funding.

Images: Artist's impressions of the proposed Townsville Stadium (top and middle) and Lady Musgrave Island on the Great Barrier Reef (below).