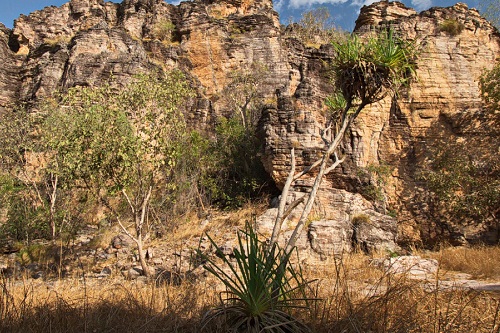 The town at the heart of Kakadu National Park has been assured a lifespan beyond its scheduled demolition in 2021, following the release of a $446 million blueprint to transform it into a tourism hub.

The Northern Territory Government and the Gundjeihmi Aboriginal Corporation, on behalf of some of the traditional owners the Mirarr People, have unveiled a master plan that would see crocodiles removed from the Jabiru lake to offer year-round swimming, a performing arts space, the launch of a five-star lodge and glamping site and the construction of a World Heritage Interpretive Centre.

The town, which is 253 kilometres east of Darwin, is one of the key service points in the dual World Heritage listed Kakadu National Park and is home to about 1,100 people.

Jabiru was built by Energy Resources of Australia in 1982 to service the nearby Ranger Uranium Mine on the condition that it would be returned to its "pre-development state" once the lease expired in 2021.

However, there is now widespread community support for the town to remain, albeit as tourism hub rather than a mining service town.

The plan aims to take advantage of the town's inherent ties to the dual World Heritage-listed Kakadu National Park and its strong international brand awareness. It also seeks to reverse declining visitation, competition from other national parks and the seasonally constrained park access as identified by consultants Stafford Strategy Consultancy Group.

The plan has also suggested exploring opportunities for renewable electricity production, introduction of electric cars and boats, the use of virtual reality technology to provide cultural tourism experiences, and use of drone technology. 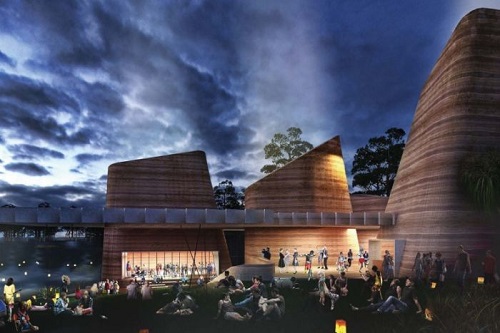 However, as Northern Territory Chief Minister Michael Gunner pointed out, the project would require significant investment from both levels of government and the private sector.

Chief Minister Gunner advised “we want to make sure that nobody in Jabiru is in any doubt about the Territory Government's commitment to the future of Jabiru, that's why we're taking on responsibility for the provision of power and water to create that confidence and that certainty.

"And it's why we're providing a five year service guarantee around health and education.

"The Commonwealth Government is responsible for Kakadu National Park, and a significant financial contribution from them will be required to reinvigorate the park, which is critical to Jabiru's bright future."

Federal Minister for Environment and Energy Josh Frydenberg said negotiations were progressing between the Commonwealth and Northern Territory governments to ensure "the future of Jabiru is settled well in advance of the expiry of the head lease in 2021".

The forecast Jabiru redevelopment would require $256.3 million worth of public investment, $133.5 million in joint private and public projects and a further $56.2 million in privately funded commercial projects, according to the Stafford Strategy Consultancy Group.

The plan also stated that delivering greater benefits for traditional owners without putting pressure on Indigenous communities was one of the key issues for Jabiru going forward.

A pop-up shop will be established in Jabiru in the coming months, and will be the central point for public consultation on the future of Jabiru.

Images: Jabiru (top) and the concept design for a indoor and outdoor performance area in the settlement (below).