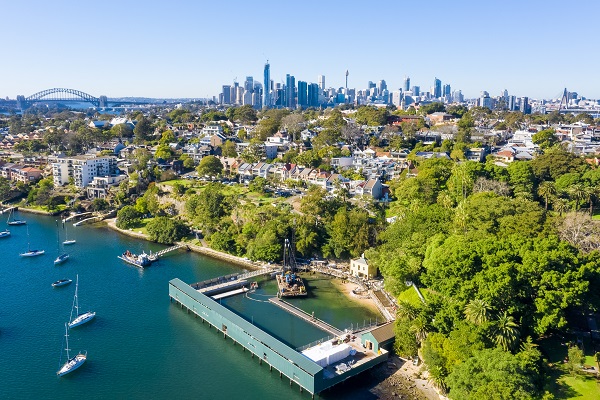 Inner West Mayor Darcy Byrne has reportedly referred his Council’s handling of the much-delayed restoration of the harbourside Dawn Fraser Baths to the NSW Auditor-General.

The saltwater pool, Australia’s oldest public swimming pool, has been closed since late 2019 to undergo an $8 million restoration

Repeated delays to the works has, according to a report in the Sydney Morning Herald, prompted Mayor Byrne to write to NSW Auditor-General Margaret Crawford last week to request she probes staff’s handling of heritage works on Dawn Fraser Baths, which is yet to reopen despite being scheduled for completion last December.

In his letter, reported by the Sydney Morning Herald, Mayor Byrne wrote “As Inner West mayor, I do not take this step lightly, but the project has been plagued by a series of continued delays regarding the completion of the project.”

The letter was followed by a Facebook post in which Mayor Byrne criticised the setbacks as “unacceptable” and said he had found it difficult to get accurate and timely information about the reopening of the pool, raising “serious concerns about accountability to the community”.

Mayor Byrne also said in the Tuesday social media post that Inner West Council executives should be contracted by the elected council and their performance contracts published for the community to scrutinise.

He went on to write “the only real influence over council operations that elected representatives have is the employment of general managers. Many GMs are paid enormous salaries and wield great power without ever having to talk to local citizens, let alone be answerable to them.”

Greens councillor Colin Hesse described Mayor Byrne’s comments as “blaming the ref”, adding “for the mayor, who’s been at the table since the last election ... for him to turn around and blame the staff, I don’t think that’s leadership.”

The latest tentative opening date of the saltwater pool, built in the 1880s, is 16th April.

According to the council’s website, all internal works are complete and a recent delay caused by the installation of an external pipeline to feed the fire hydrants and sprinklers for emergency services is almost resolved.

The most recent delay was caused by a balustrade that was not considered meeting safety standards.

Last month the council resolved to extend the swimming season at the baths until at least the end of May and to waive the cost of entry for two weeks after its opening as a gesture of goodwill to the community after the loss of the summer season.