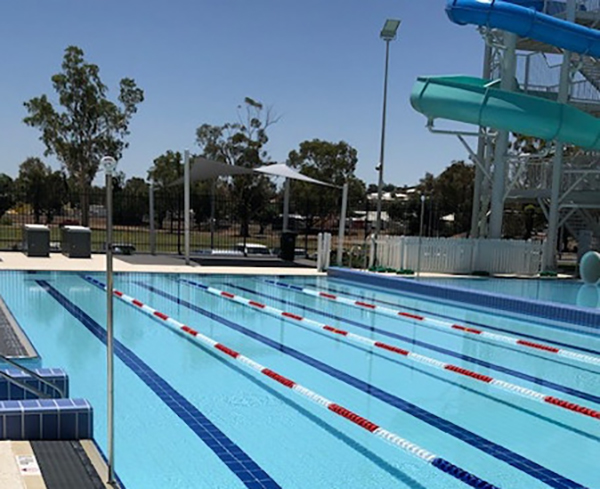 Northam Shire president Chris Antonio advised “This state-of-the-art facility will not only be available to the Shire of Northam residents, but will also be an attraction for all types of visitors, now, and for many years to come.”

The new facility which officially opened on Saturday 25th January was built by Cooper and Oxley following an extensive planning process with the design being undertaken by Donovan Payne Architects.

Federal Attorney General and Minister for Industrial Relations a, Christian Porter stated that “along with the Northam Shire and wider community, we fought to see this project become a reality” and thanked the Federal Government for their funding of $3.2 million towards the project.

Minister Porter added “as a dad I know how important it is that our kids have somewhere to learn to swim – that’s why this new state-of-the-art facility is such a huge win for Northam and the surrounding community.”

Minister Porter also thanked past and present Northam councillors for their contribution to the final product.

Swimming WA Chief Executive Darren Beazley attended the official opening of the aquatic centre and presented a plaque to Chris Antonio in recognition of the investment made by the Shire, State and Federal Governments. He addressed the crowd and acknowledged the strong contribution that Northam Swimming Club has made to swimming in Western Australia over such a long period. He then presented a plaque to Northam Swimming Club President Jo Stephen to commemorate the occasion.

As the new facility replaces the Northam Olympic Beazley commented “many people will recall that in the 1950’s, the Northam Swimming Club was the powerhouse in Western Australian swimming. The Olympic Pool hosted many champions in that time, including the great Dawn Fraser. Whilst it is sad that the Olympic pool has now closed, this new pool provides an opportunity for the Northam Swimming Club to grow its Membership from the current 70, to well over 100.

“Swimming WA wishes the Northam Swimming Club every success at its new home and looks forward to continuing to support our country Clubs to grow and prosper in this first class facility.”