Aquatic centres in Western Australia reported a record-breaking year in 2017/18 with 11.4 million visits while, operationally, water usage at facilities fell.

The Bigger, Better, Safer: Western Australian Aquatics Industry Report 2017/18, compiled by the Royal Life Saving Society of Western Australia for the Leisure Institute of Western Australia (LIWA) Aquatics, shows a reversal of a series of performance challenges experienced in prior years, with visits to public swimming pools in the state increasing by 10.7% in 2017/18.

The report advises "the proportion of patronage across regional and metropolitan areas for 2017/18 were comparable to the 2016/17 results (while) regional areas had a higher rate of patronage per head of population than the Perth metropolitan region (4.8 visits versus 4.1 visits, respectively).

"The overall rates of patronage and patronage recorded at pools located in the Perth metropolitan area were higher than the five-year average." 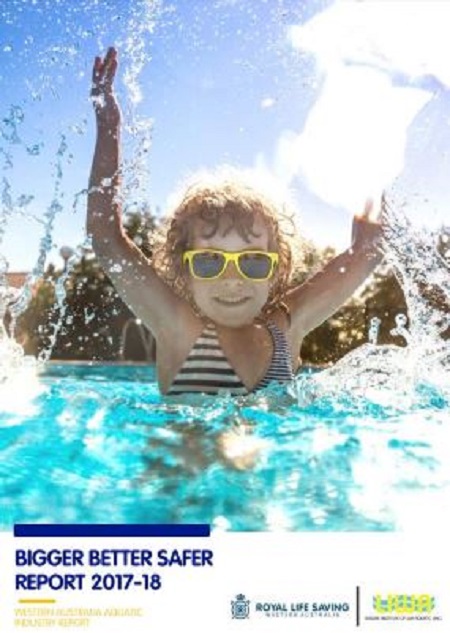 The report also advised that “annual expenditure relating to the operation and maintenance of public swimming pools in 2017/18 was $81,039,700 which was 1.7% higher than 2016/17 (but) consistent with annual inflation figures.”

Water Consumption
Water consumption data in the report, provided by the Water Corporation provided data for over 100 public swimming pools across the state.

While advising that "it is important to consider that it is not possible to separate the water consumption for aquatic use only and therefore data may include groundwater (bore) usage and other centres on the same site" the total water consumption for all pools across Western Australia in 2017/18 decreased by 1.8% from 2016/17 with a total of 1.17 billion litres of water consumed.

Overall, water consumption continued to trend downwards with an overall estimated decrease of 99 megalitres since 2007/08.

Water use per patron was calculated by the number of litres used per patron visits and varied greatly by region.

The Great Southern and Perth metropolitan area were the only regions to have water consumption under the state average of 110 litres per patron visit while the Wheatbelt, Pilbara and Kimberley regions recorded the highest water usage per patron, which was three to four times the Western Australian average.

The report also identified a shortage of pool lifeguards and swim instructors across the state.

The 2019 LIWA Aquatics Annual State Conference and Trade Display is being held on 12th and 13th August in Fremantle.

Click here for more information on the LIWA Conference in the Australasian Leisure Management Industry Calendar.

29th October 2018 - Riverton Leisureplex to be transformed into ‘community hub’