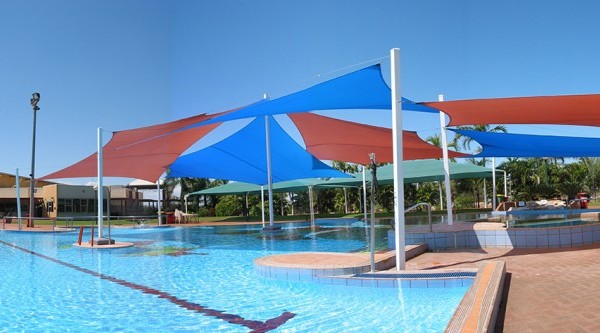 The Waterwise Aquatic Centre Program is a joint initiative of the Water Corporation and the Leisure Institute of WA Aquatics, with 39 centres endorsed across the State.

Over the past decade, Waterwise Aquatic Centres have saved about 858 million litres of water - in aquatic centre terms that is 81 Olympic swimming pools of water.

Western Australian Water Minister Dave Kelly congratulated the City of Bayswater, City of Stirling and Shire of Broome for their efforts to save water and to have their centres recognised through the Waterwise Aquatic Centre Program.

Bayswater Waves, which is run by the City of Bayswater, installed sub-meters at their centre and are monitoring their water use to proactively identify leaks. The centre will also carry out a refurbishment of its change rooms which will include water efficient showerheads and push button taps.

Scarborough Beach Pool, run by the City of Stirling, opened in January and features waterwise fixtures such as automated shower timers, and water efficient taps and toilets. The pool is also heated using a geothermal system which is estimated to save about 1,800 tonnes of CO2 each year.

Broome Recreation and Aquatic Centre, run by the Shire of Broome, installed a 50,000 litre tank to treat and recycle backwash water from the pool, which is then recycled to irrigate its lawn and garden which features waterwise native plants. The centre also has water efficient toilets and showers.

Commenting on the awards, Minister Kelly stated "through the program, the Water Corporation and Leisure Institute of WA Aquatics provide aquatic centre managers with advice and information to review operational water use and support to promote waterwise practices in their centres.

"Climate change in WA is having very real consequences. I encourage other local governments with aquatic centres which aren't yet participating in the program to get involved."

The cities of Bayswater and Stirling are also part of the Waterwise Councils Program.

Images: Broome Recreation and Aquatic Centre (top) and the Scarborough Beach Pool (below).