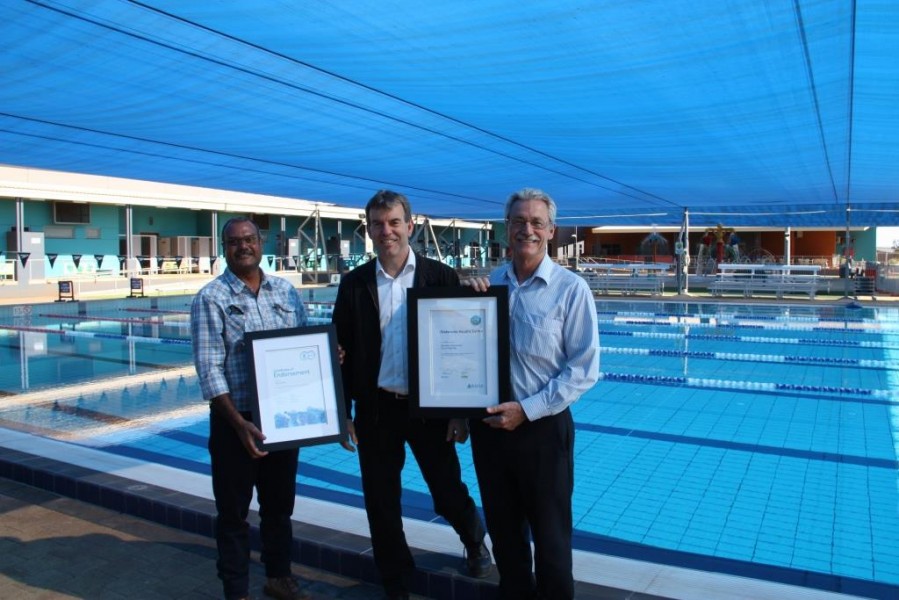 The City has been endorsed as a Waterwise Council and the Karratha Leisureplex, which is managed by the local council, has also been named a ‘Waterwise Aquatic Centre’ – becoming the first local government in the North-West to receive both endorsements.

This achievement was recognised by Western Australian Water Minister Dave Kelly during a recent visit to the area.

Minister Kelly stated "a key part of its waterwise efforts is the use of high-quality recycled water from the Water Corporation's wastewater treatment plant, which has supplied more than one billion litres of recycled water for irrigation over the past two years.

"The city also completed an audit of its water use and encourages employees, and the community, to save water at its sites.

The Waterwise Council Program is run through a partnership between the Water Corporation and the Western Australian Department of Water, and supports councils to improve water efficiency in their operations and liveability in their communities.

The Waterwise Aquatic Centre Program is run through a partnership between the Water Corporation and the LIWA Aquatics to promote water efficiency. The program has helped the industry save more than 700 million litres since 2008 - enough water to fill about 280 Olympic-sized pools.

For more information go to watercorporation.com.au