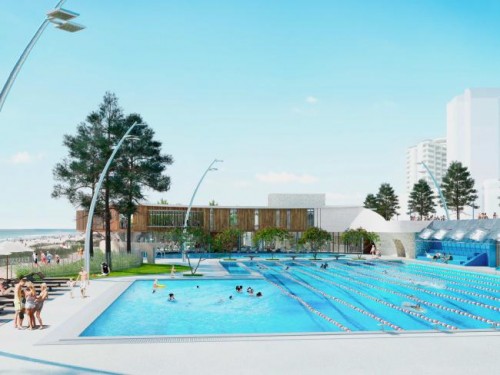 The City of Stirling’s new Scarborough Beach Pool will be the 13th Perth swimming pool to use geothermal heating, according to senior hydrogeologist Steve Bolton from Rockwater Hydrogeologists.

With geothermal drills having reached the Yarragadee Aquifer - a significant freshwater aquifer  beneath Perth and the Swan Coastal Plain - Bolton advised “the City of Stirling joins several other local governments and private schools with geothermally heated swimming pools.

“This year, direct-use geothermal projects will also be commissioned at the Mandurah Aquatic and Recreation Centre and the Cockburn ARC.

“The City of Armadale is also about to commence drilling for a geothermal system at its Armadale Aquatic Centre.”

Bolton said the project involved pumping water from the aquifer using the aquifer’s natural heat to maintain the pool’s temperature, advising “the water is then injected back into the Yarragadee aquifer; it is a closed loop operation whereby no net water is extracted from the aquifer.

He said advances in technology could allow for electricity generation from Perth Basin’s geothermal energy in the near future.

City of Stirling acting Infrastructure Director Paul Kellick said the geothermal technology would allow for renewable energy to be used to heat the pool rather than conventional gas boilers, adding “it is estimated that this will result in a greenhouse gas abatement of approximately 1800 tonnes of carbon dioxide per year and save the City about $530,000 per year in utility costs.

The $26 million Scarborough Beach Pool is set to be opened to the public in early 2018.