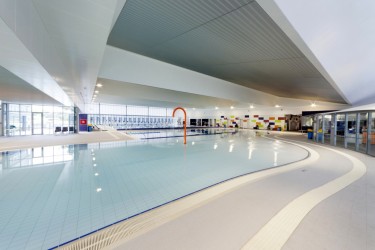 The City of Canning is suing the architects and consultants behind its multimillion-dollar Cannington Leisureplex facility, alleging they made “misleading or deceptive” claims about features of its ecologically sustainable design.

A writ lodged in the Supreme Court alleges architecture and design company Christou Nominees and engineering firm Aecom Australia breached their “duty of care” to the City by failing to design its multi-purpose aquatic and recreation facility with “reasonable care and skill”.

At the time of its opening in 2012, the $37 million facility was said to incorporate the “most advanced ESD (ecologically sustainable development) initiatives in Australia”, according to Christou, intended to cut heating and cooling costs.

The designers also claimed it was the first building of its kind to achieve a Green Building Council of Australia six-star rating.

Features included a geothermal bore to assist heating the complex’s two indoor pools (supplemented with heat generated from the building’s airconditioning), with other features including greywater recycling, a building management system, and smart lighting and blinds.

However, those claims have now been thrown into question, with the City’s lawyers alleging Christou and Aecom engaged in “misleading or deceptive conduct” when it “made representations as to ... the ecologically sustainable development aspects of the design”.

Lodged at the end of July, the writ alleges those false claims extend to the “green star rating which could be achieved by the design” and the “effect of the mechanical heating and cooling services in the design, when those representations were misleading or deceptive contrary to the Trade Practices Act 1997 ... or the Competition and Consumer Act 2010”.

According to the writ, the City is seeking damages or “equitable compensation” for a “breach by (Christou) of its “fiduciary duties” - but the exact figure has not been claimed.

The City of Canning is also seeking costs, interest and indemnity costs from both companies.

None of the parties have commented to media on the matter.