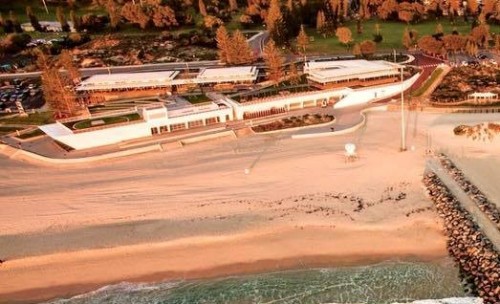 The $8.4 million club was designed by architects James Christou Designs and jointly funded by the Town of Cambridge, Lotterywest, the Western Australia Department of Sports and Recreation and surf club members.

Commenting on the new facility, which took almost two years to build, Premier Barnett said the significant upgrade would not only improve the operation of the facility, but also represented an investment in the long-term health of the local community.

He stated “members of the City of Perth Surf Life Saving Club play a crucial role in protecting City Beach visitors and it is essential they are supported with adequate facilities.

"The design was developed with extensive community consultation, which identified the need for improved and expanded facilities, with the club's outdated building at capacity. The new club will provide a fantastic hub for local residents and visitors, providing healthy lifestyle activities that can be enjoyed by the community." 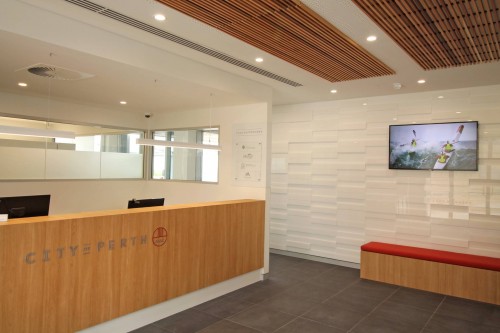 The facility is part of the revitalised City Beach precinct, with the Town of Cambridge developing the area around the building to include parkland, restaurants, an amphitheatre and a promenade.

A key design feature is the striking green concrete roof that provides a landscaped public plaza above the building.

Founded in 1924, the City of Perth Surf Life Saving Club patrols a 2.5 kilometre of Perth’s City Beach from October to March each year.

The Club is one Australia's largest surf life saving clubs, with more than 1,280 members and 6,343 patrol hours each year.