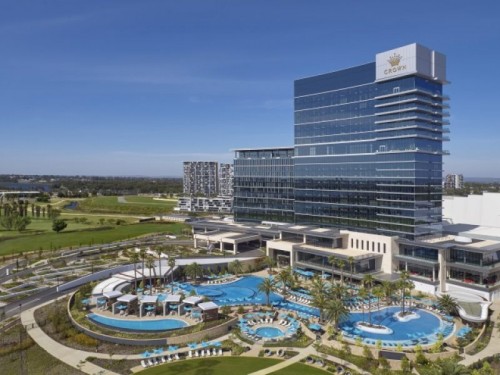 Commercial Aquatics Australia's works on Crown Towers Perth have been recognised by the Master Builders Association of Australia with the Perth-based company being named National Specialist Contractor of the Year at the Association’s 2017 Awards.

Commercial Aquatics Australia (CAA) were awarded for the design of the pool structures and the installation of filtration systems, pool hydraulics and finishes on the prestigious project including over 2.2 million mosaic and overflow edge spillway tiles.

Commenting on the company’s success, Master Builders WA Director Michael McLean stated “commercial Aquatics topped off a memorable night for WA by winning the keenly sought after Specialist Contractor of the Year Award for its extraordinary work on Crown Towers’ pools.

“Anyone who has seen these amazing pools will appreciate their uniqueness and quality of finish, which was achieved through first class planning, supervision and trade skills.” 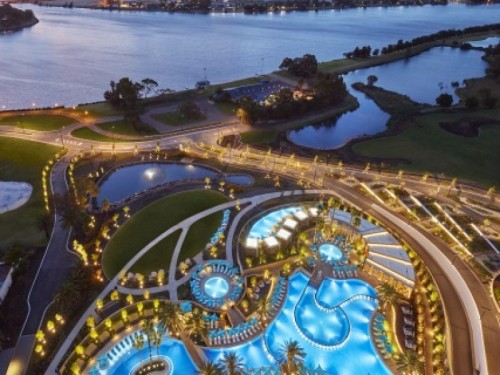 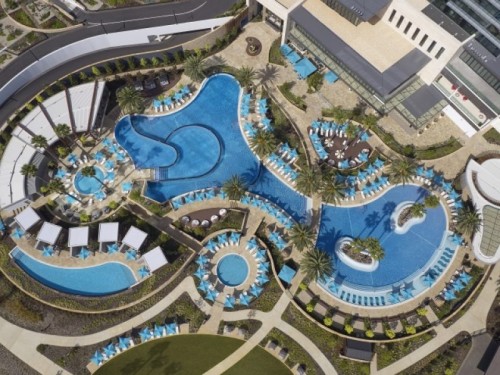 Commercial Aquatics Australia were a National Finalist for this award following their earlier success at the WA Master Builders Association Awards in July this year.

Ryan Glass, Commercial Aquatics Australia’s State Manager WA welcomed the Awards, adding “there is no higher accolade for a subcontractor than this award, and it shows the strength, commitment and professionalism of our company.

“This is a credit and thank you to everyone who was involved in this project from all aspects of the business - well done.”

The National Awards showcased the best of the best projects and builders from around Australia and it was an honour for Commercial Aquatics Australia to be up in lights with all the winners.