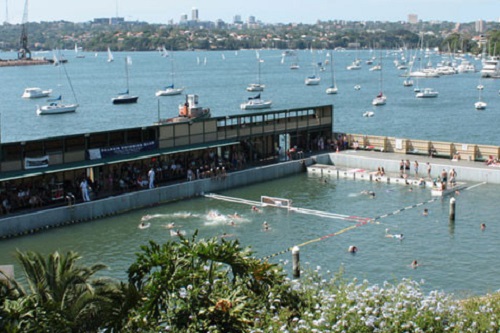 Sydney’s Inner West Council is to undertake urgent works at the harbourside Dawn Fraser Baths after an investigation found the nationally significant heritage site is so rundown it poses a public safety risk.

Inner West Council last week agreed on a plan to spend $6.7 million carrying out “urgent works” after staff warned “the baths may need to close due to major risks of structural failure and flood water inundation impacting sewer and electrical safety”.

Sourcing the funds has seen the Council divert $2.1 million set aside for an indoor sports centre while other projects including a skate facility, town centre works and upgrades at the Ann Cashman and Shields playgrounds could be delayed or axed to help plug the remaining $2.2 million funding shortfall if a grant application to the NSW Government fails.

However, a suggestion by Mayor Darcy Byrne to take $1.1 million from the Balmain Public Square project to help pay for the project was rejected.

The iconic facility, Australia’s oldest amateur swimming pool and water polo club, is, according to Mayor Byrne, “at risk of being condemned in a few years if we don’t do a proper refurbishment.

“Because of sea level rises and the deterioration of the timber, the whole pool needs to be lifted up which is a very expensive exercise.

“The simple fact is if we don’t undertake the works to keep the doors open, within a couple years Dawn Fraser pool will be lost. 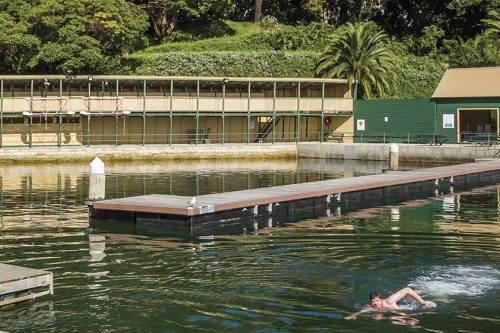 Smith told local newspaper the Inner West Courier “we just had 500 members register for the winter competition and by summer that will double.

“We have 20 kids who’ve made it into NSW teams and we are thriving at the moment and Dawn Fraser Pool is our heartland.”

The $9.86 million Dawn Fraser masterplan, which will be placed on public exhibition for 28 days, is part of $56.58 million of pool upgrade works being undertaken by the Council.

The tender process for the Ashfield Pool redevelopment, for which $31 million has been budgeted for, is almost finished

At its 11th September meeting, the Council is due to put the $15.72 million masterplan for the Leichhardt Park Aquatic Centre, where both the 50 metre pool and dive pool are past their life expectancy, out for public comment.