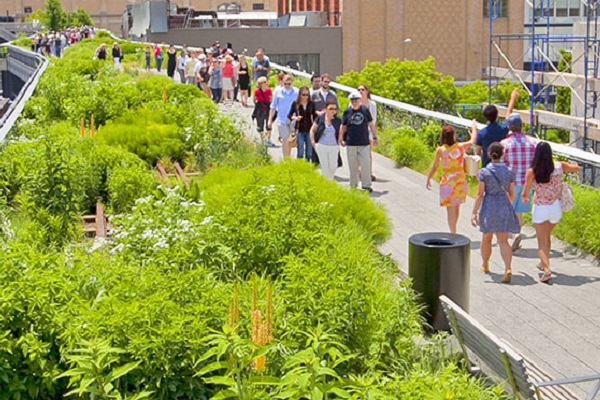 The Tourism & Transport Forum (TTF) is set to host its inaugural ‘The Future of Place' event at the Art Gallery of NSW, featuring Robert Hammond, co-founder and Executive Director of the Friends of the High Line, New York and Dan Barasch, co-founder, Lowline – an initiative to transform a one-acre tunnel below Manhattan's Lower East Side.

Being held on Friday 12th April, attendees will hear how Hammond helped lead the effort to build an elevated park on an abandoned railway line in Manhattan and Barasch’s vision to create the world’s first underground park below the streets of New York City in the Williamsburg Bridge Trolley Terminal.

Following their addresses, Hammond and Barasch will join a panel of local speakers for a facilitated discussion around local and global trends, collaboration with partners and embracing the placemaking movement.

Joining the panel will be Maud Page, Deputy Director and Director of Collections of The Art Gallery of NSW, which is on the cusp of the venue’s own transformation as part of the Sydney Modern Project.

“The Future of Place provides stakeholders from across the sector to explore the problems that many cities face in the future and hear from leading experts on how to create destinations which offer greater value to the community and visitors to the city.

“We are delighted and honoured to host Robert Hammond and Dan Barasch at our very first Future of Place event.

The High Line and Lowline are both inspirations. The projects embody how cities can transform industrial infrastructure into beautiful, hybrid public spaces.

“The Highline is more than a park, it brings communities together and showcases the beauty of New York City.

“While the ‘Lowline’, a name selected to compliment the city's High Line park, will transform a one-acre tunnel below Manhattan's Lower East Side and while the project is in the early stages of development, it has the potential to set the world alight.”