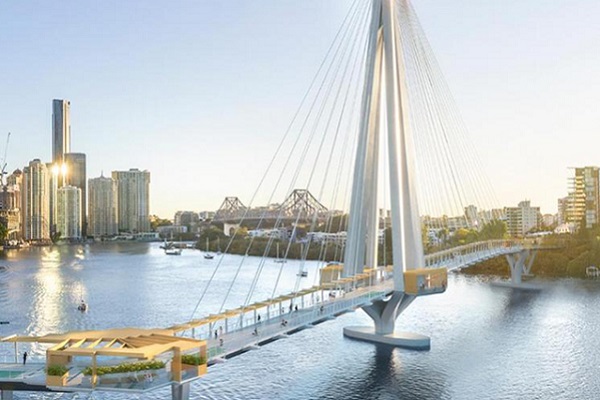 The City of Brisbane has announced that construction will begin this year on two of its five ‘green bridges’ following the commencement of the tendering process for the proposed projects.

Designed to reduce the number of motor vehicles using roads and to accommodate both pedestrian and cycle traffic, plans for the Kangaroo Point and Breakfast Creek green bridges have been lodged.

Set to be finished by the end of the 2023, the $190 million Kangaroo Point green bridge will begin construction first, subject to community feedback and approvals. Development plans lodged this month show the new 6.8 metre-wide bridge will link the inner-city suburb of Kangaroo Point with Brisbane's City Botanic Gardens.

The project is part of the council’s $550 million commitment to build five green bridges across the city during the next 10 years. 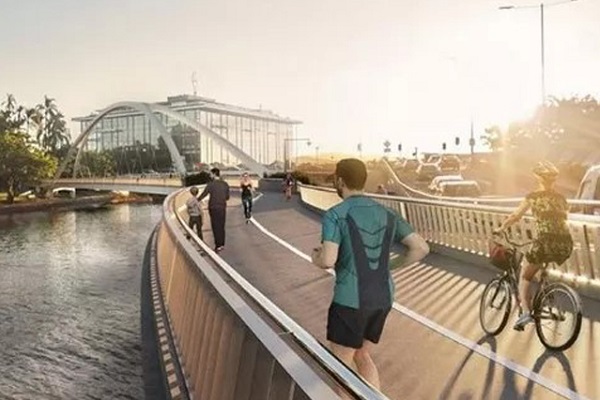 The Breakfast Creek green bridge will connect Brisbane's northern suburbs with the CBD. The

The Council's plan also include bridges from Toowong to West End, St Lucia to West End, and the now-scrapped Bellbowrie-Wacol green bridge - cancelled after community consultation with the Pullenvale and Jamboree Wards last year.

The Kangaroo Point green bridge concept, developed by Arup, Cox Architecture and the Council, will include separate cycling and pedestrian lanes. It will stretch from the corner of Alice and Edward streets in the city to Scott Street at Kangaroo Point. Such a bridge was proposed in the 1860s and a design developed by 1890, but never built.

The City says the Kangaroo Point bridge is expected to accommodate 5400 daily trips and take 83,690 cars off the road annually.