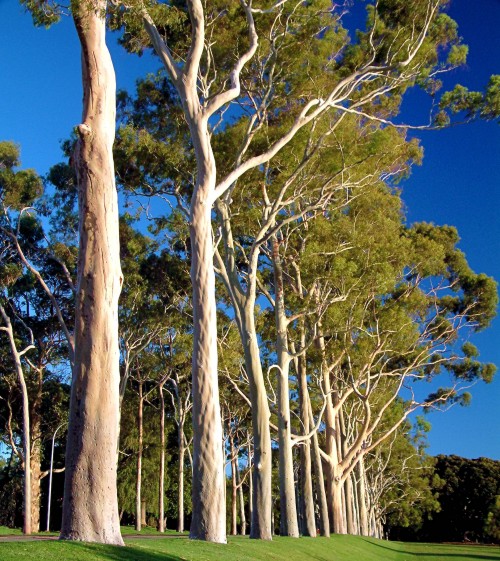 The economic benefits of greening urban areas outweigh the costs, a new US study has found.

Dr Greg McPherson of the US Department of Agriculture's Forest Service in California recently completed comprehensive modelling on the benefits of urban forests for the Urban Greenscapes Symposium in Canberra.

"The right tree in the right place can put money in our pockets."

McPherson says his modelling, which is the result of 25 years of research, weighs the costs and benefits of urban forests in 16 different climatic zones across the US.

It puts a dollar value on the benefits trees bring, including the electricity saved by shade, which reduces the need for air conditioning.

In addition, it quantifies the benefits of reduced urban run-off resulting from trees intercepting rain and absorbing water.

And it incorporates the value of improved air quality that comes from trees filtering air pollution, and the value of shade preventing sun damage to roads, he says.

The modelling also includes the economic value of the aesthetic benefits of trees, as measured by studies that show trees increase real estate prices.

Costs
McPherson and colleagues verified the modelling with physical measurements and weighed benefits against the costs.

They included the cost of planting trees, maintaining them, collecting their leaf litter, repairing damage caused by roots or falling branches, legal costs, and even the emission of volatile organic compounds (VOCs), which help create ozone.

He says New York City showed the highest net benefit, returning more than US$5 for every $1 spent on urban forests. He says the city now has a US$15 million urban forestry budget.

This was because the city spent more on pruning trees to retain ocean views, and did not need as much air conditioning and pollution control as other places.

While some of the climate zones in the study are similar to Australia, McPherson says the modelling would have to be adapted more precisely for Australian conditions and species.

Greener roofing
McPherson says there is also a "tremendous opportunity" in so-called 'green roofs and walls', which provide similar benefits to urban forests.

She says green roofs and walls not only help insulate homes, but can even protect them from fire.

Soil packed onto roofs and walls provides protection from heat and soil does not tend to burn, explains Carpenter saying, âin a high risk fire area obviously you wouldn't be planting native grass that dries off in the summertime.

"You would be looking more at planting succulents that have a high moisture content, but still thrive in dry condition."

Carpenter says added protection from fires can come from saturating soil-covered walls and roofs with water.

Carpenter says although there have been some concerns about the maintenance costs and carbon footprint of Australia's most famous green roof - Parliament House in Canberra - she argues the benefits still stand out.

She says, there is a lower requirement for air conditioning below its green roof.

Carpenter says apart from being extensive areas of grass, green roofs can consist of ...