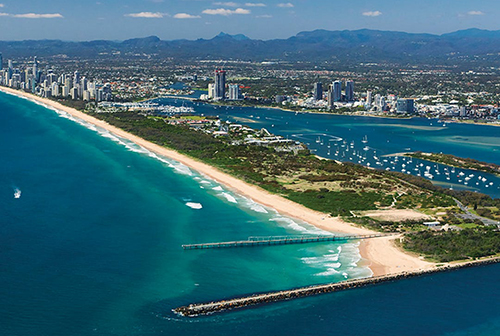 Following a week in which Queensland Government ministers have claimed that the Gabba is the "best stadium in the world" and that their new safety regulations will be the "strongest in the world" it has now claimed that a new area of open space on the Gold Coast will rival New York’s Central Park and Hyde Park in London.

The Queensland Government's release of a blueprint to transform The Spit, shows almost 140 hectares of The Spit’s 201 hectares being set aside for park activities, a move considered to rival the best parks in the world such as New York’s Central Park (340 hectares) and Hyde Park London (142 hectares).

“And the Gold Coast Ocean Park has something none of them have - the Broadwater and the surf. Our plans will make this not just a jewel of the Gold Coast but for the entire state.” 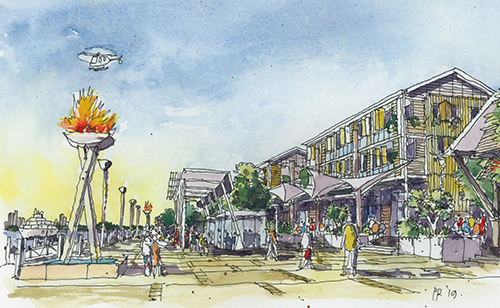 The new Ocean Park is the result of 18 months’ consultation with community groups and Gold Coast City Council. Queenslanders provided more than 21,100 pieces of feedback, paid 17,600 visits to the project website, and over 2500 people attended consultation sessions to have their say on the future of The Spit.

The blueprint is being released for further discussion before a final plan is released in the coming months.

It divides The Spit into seven precincts:

New features include 4000 metres2 set aside for a restored littoral rainforest, a light rail extension to Sea World, super yacht marina, improved cycle and walkways through the dunes - even a selfie tower for tourists to capture the best shots of the famous Gold Coast skyline.

All of The Spit’s current features, including the kiosk, marine rescue and boat ramps, will be retained and improved. A special curlew habitat will be developed, as well as an underwater sculpture garden for divers to explore.

Queensland State Development Minister Cameron Dick said a new entry design to the park would lend a sense of arrival, with improvements to pedestrian, cycle and road access.

Parts of the park are earmarked for sensitive commercial development, but a Gold Coast City Council three-story height restriction will be retained as the government promised.

Consultation is open until the end of March.

Statements that The Spit transformation will rival Hyde Park follow a number of recent ambitious claims from the Queensland Government.

The previous day (3rd March), Queensland Minister for Sport and Minister for Public Works Mick de Brenni had stated "there is no argument that inside the boundary fence, the Gabba is the best ground in the world."

Images: Aerial view of the Gold Coast Spit (top) and a draft image from The Spit masterplan (below).