Significant changes in the South Australian aquatic industry landscape have this week seen the winding up of Recreation SA and the launch of the new Lifesaving SA body.

Encompassing the work undertaken by Recreation SA and Surf Life Saving South Australia (SLSSA), the new body will continue as the custodians of the Watch Around Water program in the state and will undertake a “a targeted and specific approach to focus … collective efforts on all inland water ways”.

The move following a vigorous strategic review of Recreation SA, as a result of which its Board of Directors opted to wind up the association with this officially occurring on Monday at its AGM.

While Liquidators have now been appointed to the association, as part of this process Recreation SA’s Board of Directors wanted to ensure the Watch Around Water program and the Aquatics Committee and industry were protected and that both found a new home.

This has now occurred with the link with SLSSA.

Explaining how Lifesaving SA will work as an extension of SLSSA in a communication with stakeholders, SLSSA Chief Executive, Damien Marangon has today advised “it is with great pleasure … that I introduce you to Life Saving SA.”

Marangon goes on to advise “SLSSA’s vision is zero preventable drownings in South Australian waters, and this new brand allows us to continue to vigorously pursue this vision in a more collaborative, appropriate and focussed way.

“It is important you know that we are working closely with Royal Life Saving - South Australia (RLSSA) to further strengthen and enhance our relationship and importantly to ensure we avoid duplication and confusion in the aquatics industry.

“Recently, Recreation SA and SLSSA reconvened the South Australian Aquatics Advisory Committee (SAAAC) made up of industry representatives and pool owners and operators. This committee strongly endorsed the need for Life Saving SA to be the sole and peak authority in all inland waterways to better support, lead and advocate for the aquatics industry. The SAAAC also agreed on the following important initiatives:

• The SAAAC remain in place as the peak authority for the aquatics industry in South Australia
• Life Saving SA be the unifying peak body for SLSSA and RLSSA to combine efforts, resources and harness their collective brands and expertise for all inland waterways
• The SAAAC to review and clearly set its terms of reference (its reason for being)
• The SAAAC with feedback from the industry establish a list of industry imperatives, prioritised to ensure action and deliverables are met
• The Life Saving SA Pool Safety Assessment Tool being jointly developed by SLSSA and RLSSA be the recognised industry standard tool in South Australia to create consistency, equity and standardised quality across South Australia. The SAAAC to be responsible for ongoing review and continuous improvement of the tool
• Life Saving SA continue an aquatics conference to service the industry and allow for the sharing of best practice 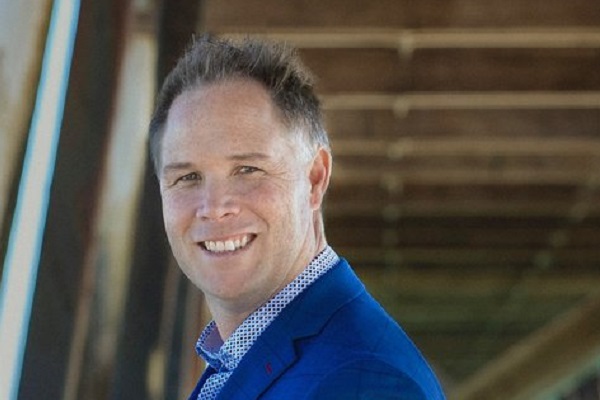 As part of the changes, Recreation SA’s Executive Officer Stu Ferenci will be employed by Life Saving SA in a full time role to solely focus on the aquatics industry and specifically the Watch Around Water Program.

Here Marangon pointed out “further to this, we have a significant operational staff group who are working with, in and around Life Saving SA to ensure this critical industry is a focus.”

Marangon went on to state “we are genuinely excited to be on this journey with all of you, and I know we will do all we can to ensure this industry is valued, successful and sustainable.”

He concluded “thank you to the Leisure Institute of WA Aquatic (LIWA) and Royal Life Saving WA for their collaboration and partnership with Watch Around Water (and) thank you to the State Government and the Office of Recreation, Sport and Racing for their ongoing and continued support.

“Lastly thank you to the industry for welcoming us and this new initiative and for the excitement and collaboration that has already begun to flow.”