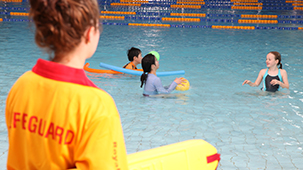 The Royal Life Saving Society SA approached the South Australian Government for assistance after falling into voluntary administration amid the organisation’s concerns of financial mismanagement.

The organisation has since appointed a new board and Chief Executive, Jayne Minear, to run its operations.

Royal Life Saving SA, along with other providers, are provided State Government funds to run programs which are important to the water safety of South Australians such as VACSWIM.

Advising that while there were other providers willing to roll-out programs like VACSWIM, it was important Royal Life Saving SA was given a chance to revive, South Australian Minister for Sport, Recreation and Racing Corey Wingard stated “the organisation has conducted an audit and as a result appointed

“The (South Australian) Government believes the organisation deserves this chance to ensure its viability into the future.”

Minear said it was important that courses, such as the New Arrivals Womens Program, were able to continue, stating “our aim is to teach new arrivals to the country the necessary water safety skills to keep them safe.

“To do so, we hope to build skills in, on and around the water.”