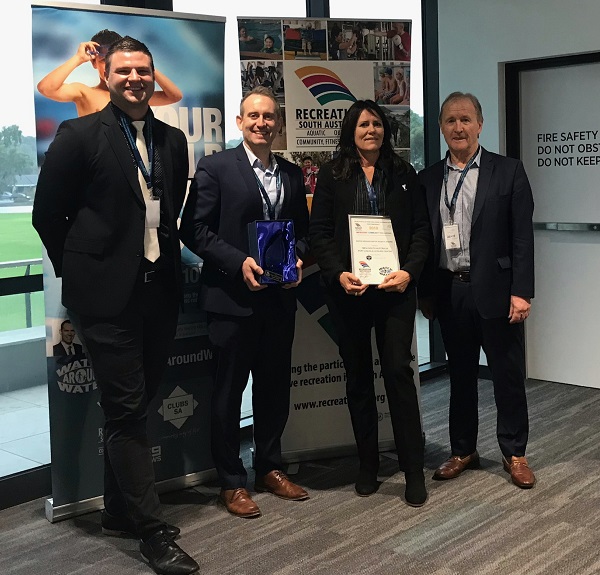 A critical near drowning of a four year-old girl at the centre in May 2018, resulted in heavy publicity and saw YMCA management use this public focus to harness and actively promote the Watch around Water message across the broader South Australian community.

The profile of Watch around Water at the centre was raised via awareness of centre users together with consistent implementation of the principles, thereby raising the safety of young centre users. The effort was also promoted through related YMCA Australia social media channels with the messaging reaching the broader national audience.

The award was accepted by Port Lincoln Leisure Centre Manager Anna Ryan and YMCA South Australia Area Manager Craig Hortin, with Hortin explaining “this award is fitting recognition for the local centre staff whose training and calm professionalism was pivotal to the successful rescue and full recovery of the young girl.

“One of the YMCA’s key aims is to raise the profile of aquatic recreation and encourage children of all ages to enjoy an active, healthy lifestyle in a safe and welcoming environment.” 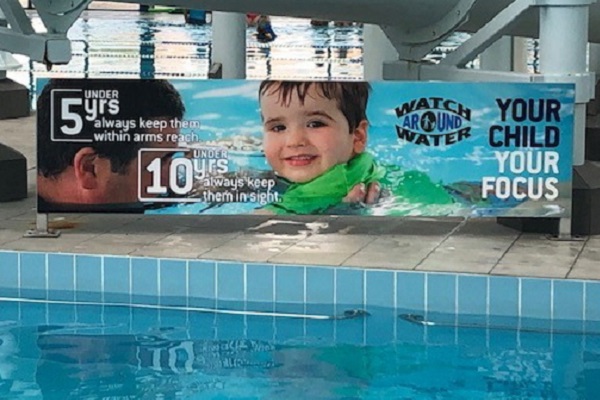 The boost in profile and importance of Watch around Water together with the follow-up focus was acknowledged by Recreation South Australia Executive Officer Stu Ferenci, who praised the centre for the importance it placed on safety and willingness to promote the Watch around Water message to the greater community.

Staff directly involved with the rescue were acknowledged as YMCA Heroes during the organisation’s annual awards for excellence. The success story and outcome driven promotion of Watch around Water has been promoted across all YMCA South Australia aquatic centres and also published on digital channels through South Australian Council partner platforms.