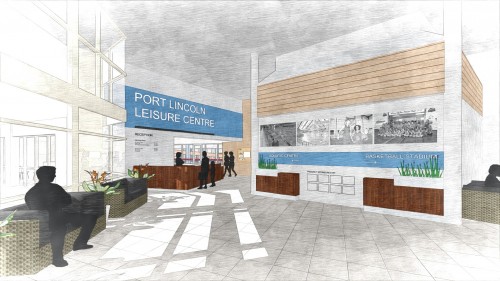 The Port Lincoln Council has confirmed that it will proceed to secure Federal Government funding of $4.4 million for the expansion of the Port Lincoln Leisure Centre, to deliver a major enhancement in addition to the $5 million refurbishment of the indoor aquatic facility that is already under way.

An application was submitted to the National Stronger Regions Fund in March 2016 seeking the project funding, which will effectively increase the scope and total capital expenditure on the redevelopment of the facility to $9.4 million.

The investment of Council funds into the overall project will remain at $5 million, with the $4.4 million expansion fully funded by the Federal Government’s contribution.

“The expanded facilities will allow concurrent use by multiple sports and enable the existing users to grow their participation as more games can be held in one location.”

If the Council receives the additional funding it would take the value of the overall project to $13.4 million including $4 million the Council spent to buy the facility.