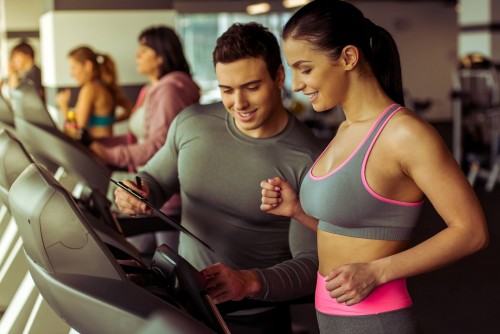 Following the refurbishment of the Port Lincoln Leisure Centre’s indoor aquatic facilities and with the installation of a new gym, the Port Lincoln City Council has turned its attention to stage two of the redevelopment.

The facility will be expanded over the next 12 months with the addition of two squash courts, two stadium courts and outdoor playground.

The Port Lincoln City Council received $4.4 million from the federal National Stronger Regions Fund, which will go toward expanding the basketball stadium, building the new squash courts and stalling a lift and playground area.

The Council is set to start the process to call for expressions of interest from architects with work planned to start in the 2017/2018 financial year.

Since its redevelopment, wellness programs at the Centre have been proving popular, friendly and qualified staff starting on users on the road to achieving their health and fitness goals.

The Centre’s programs are designed to meet the different needs of each client, from young people through to older adults and people with a disability.

An inclusive approach to health and fitness is offered, where visitors of all ages and fitness levels can enjoy the benefits of physical activity undertaken in a friendly, community environment.

Centre Manager Corey Slade explained that there had been an $200,000 investment in the gym.

Commenting on the overall redevelopment, Slade told the Port Lincoln Times “the changes can be noticed as soon as you walk into the centre, with the walk through going into a new kiosk area.

“The major change to the eye is the beautiful concourse of the pool – it’s a much bigger and open area.”

The facility also features courts for host basketball, netball and volleyball games, as well as a dedicated party room.

Slade added “birthday parties have been very popular so far.

“We’ve had about 30 parties that have been booked in or have been held; that’s a huge improvement.”

As a result of the many program offerings and state-of-the-art facilities, membership numbers at the centre have risen since the doors opened earlier this month.

Slade concluded “we are exceeding our goals just two weeks after opening; we are up around the 700-odd membership mark now.”

The facility is managed by the YMCA of South Australia.