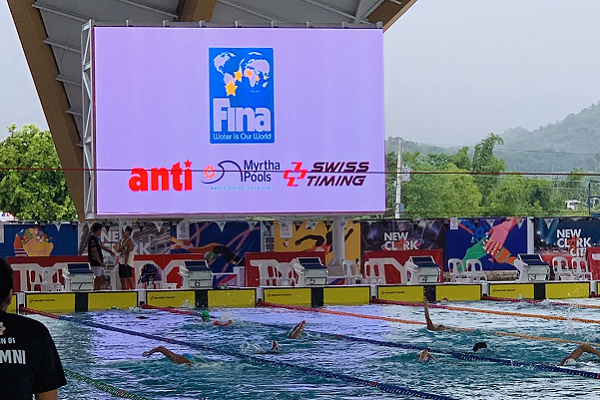 2021 will be a significant year for top aquatic equipment supplier Anti Wave International, marking 50 years since company founder, Anti Kajlich, designed and patented a Water Polo Goal (the Anti Goal), that would then be selected for competition at the 1972 Olympics in Munich.

Founder Anti Kajlich played water polo as goalie for Czechoslovakia as a young man, until defecting from the Communist regime for the United States in 1967, where he studied Chemical Engineering at University of California Berkley, gaining a sports scholarship, going on to be selected for the 'All American’ Team as Goalie in 1967. Anti then worked as a Chemical Engineer from 1968 to 1971, continuing to play and coach various teams.

Drawing on his engineering experience, while playing Goalie in US Polo competitions, Anti Kajlich saw a market for the production of polo goals, and produced in his garage what became the Munich, 1972 Olympic model of the Anti Goal. In the subsequent 50 years, Anti Wave has become one of the world’s top aquatic equipment designers and innovators, with Anti Wave equipment exported to over 150 countries since 1972. 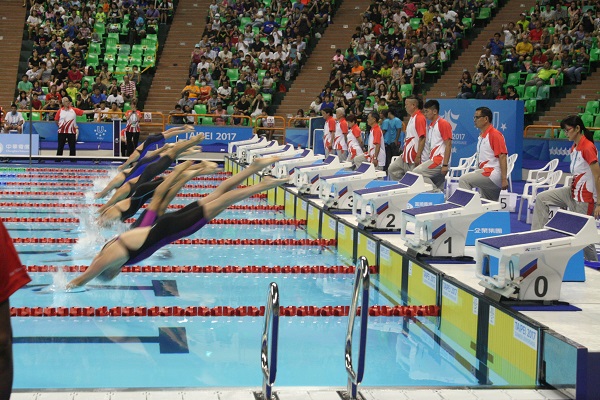 Today, Anti continues to play FINA Masters 70+ Polo with his team winning the Gold Medal in 2014.

Anti’s son Anton Kajlich, General Manager of Anti Wave, followed in his father’s footsteps as a national polo player, selected for the Australian junior team, also as a goalie.

He comments “the Anti Wave story and company history is based on continual innovation and product develop.

“We continue to extend both our product range and innovations, and also our increased product availability and distribution around the world, for all clubs and pools to enjoy.

"The Anti Goal, available today as the Anti Pro Goal and SNR/JNR Folding Goal models, has undergone continual updates and improvements since its development." 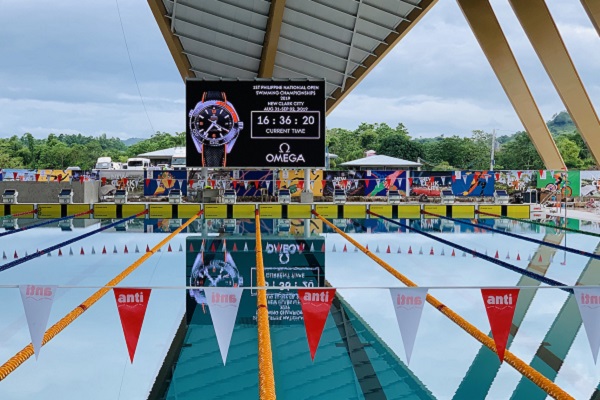 Apart from top national and international facilities, the Anti and SNR/JNR Goals can also be found installed at top school and club water polo facilities across Australia and around the world.

To date the Anti Goal is the longest and best-selling water polo goal in the world, exported to over 70 countries since 1972.

The new 2021 Global Anti Goal
The Brisbane-based family company continues its long history of aquatics and polo innovation, with its 2021 release of the Global Anti Goal (GAG). 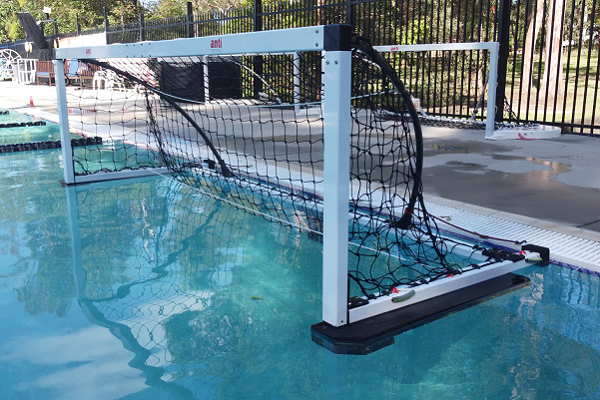 Tested for over two years by top teams at the water polo-strong pool facility, the innovative and advanced design is, according to Anti “the culmination of 50 years of water polo goals knowledge, with every part and every detail invested with careful attention.”

The Global Anti Goal is a full sized competition and training polo goal designed and produced in Australia, with Premium materials, construction and components.

Weighing just 25kg this folding/floating goal can easily be moved in and out of the water by one or two persons, and its game-changing functional design will not damage pool tiling, as do many current popular Goal models available.

Its light weight has also made the goal easy to air courier door-to-pool from Anti Wave’s Brisbane factory direct to customers, with the goals now exported to Slovakia, Iceland, Colorado and the Team USA Olympic squad.

Nicola Johnson, FINA Polo Referee (Tokyo Olympic Referee 2020), said of the new goal “the new Global Anti Goal is the best goal I have seen in over 30 years of water polo, it is light weight - one person can put the goal in and out of the pool, it is very durable and I love the training rod along the back of the goal that allows for balls to be stored in the back of the net during training sessions, this is such a great inclusion, so easy for the GK to reach for a ball when needed. “

John Whitehouse, Honorary Secretary of FINA Water Polo Technical Committee from 1996 to 2017, also noted “well done team Anti Wave! I don’t know why I would expect anything else!” 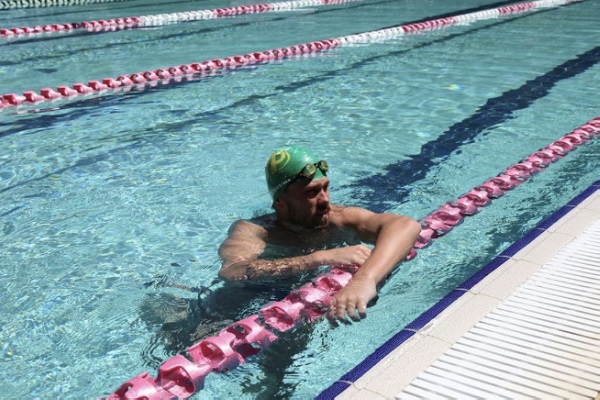 The Ultimate Swimming Lane has a ‘soft-touch’ finish, which makes it appealing for training and learn to swim facilities as well as general aquatics lane division and use.

After extensive testing under Australia's sun since 2018, the swim lane is currently installed at Yeronga Park Memorial Swimming Pool, where it has successfully undergone testing for the last 18 months. 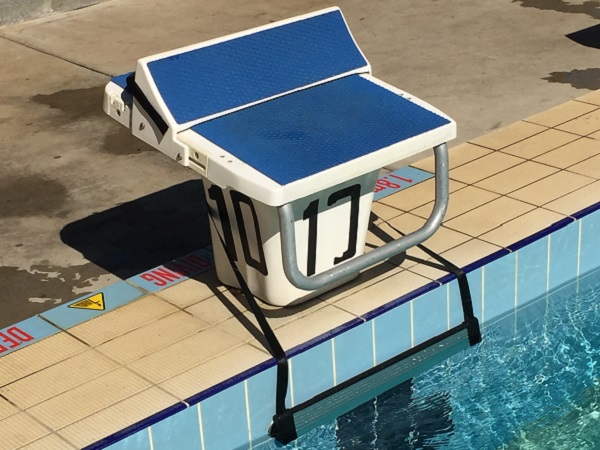 Providing a range of durable and easy to use adjustable ledges for swimmers to undertake performance backstroke starts in both training and competition, two Backstroke Start Ledge models are now available, each with a different block attachment system:

Made in Brisbane, the Ledges have already been shipped to 10 countries, and used at top international events (including the FINA World Cup Singapore 2019). 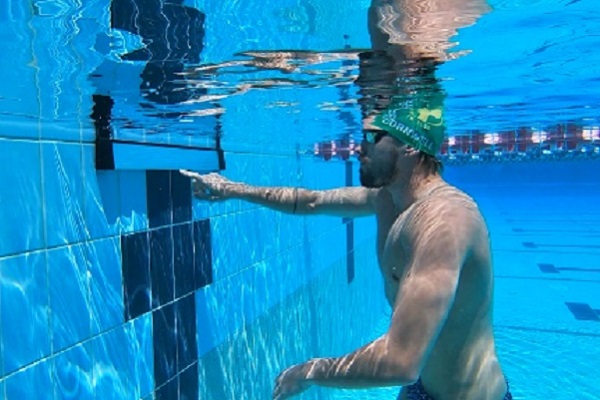 Commenting on the ongoing innovation, Anti Kajlich added “the Munich 1972 Olympics was the most important water polo event for the Anti Wave brand.

“The water polo goals selected for Munich Olympics, which I had patented in 1971, included a difficult to design floating sport structure.

“And decades later our goals were among the products that we used to fully furnish pool deck at the then Sydney Olympic Aquatic Centre for the 2000 Games and then at Beijing’s Water Cube for the 2008 Olympics.”

Innovation and Global Availability
Anti Wave continues a long and rich tradition of aquatics innovation and product development with the 2021 Release of the Global Anti Goal, the Ultimate Swimming Lane, and their BackStroke Start Ledge ranges.

Anti Wave equipment is distributed around the world to over 150 countries, via an extensive network of licensees and resellers.