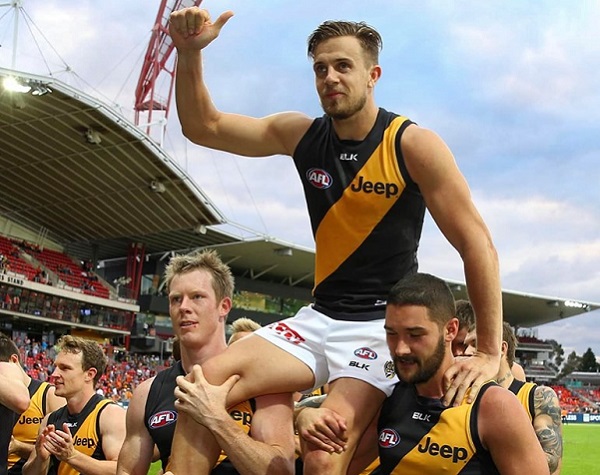 The overwhelming majority of AFL clubs were sponsored by at least one company that promoted junk food, alcohol or gambling products during the 2019 AFL season, a review by the Curtin University-based Public Health Advocacy Institute of WA (PHAIWA) has found.

The review found that 17 of the 18 AFL clubs were backed by at least one brand classified as ‘red’ on the Healthy Eating Advisory Service traffic light system, with six of the teams having unhealthy sponsors on their playing uniform.

For the second year in a row, Richmond Football Club was the only AFL club that had zero ‘red’ or ‘amber’ sponsors.

Sponsors are classed on the traffic light system as ‘red’ or ‘amber’ depending on how much fat, sugar, salt and fibre are included in the product. Red sponsors also include companies who promoted alcohol and gambling. 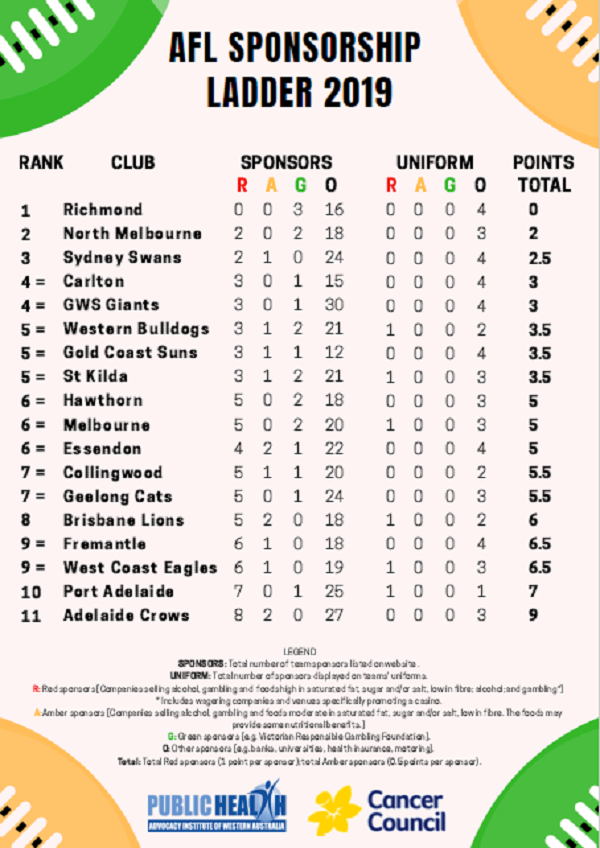 Advising that the AFL sponsorship ladder highlighted a growing issue with alcohol advertising and unhealthy sponsorship promotion in Australian sport, PHAIWA Research Fellow with the PHAIWA’s Alcohol Programs Team, Julia Stafford stated “AFL is a major part of the Australian lifestyle and we know hundreds of thousands of Australian kids watch AFL each year. It is concerning that alcohol, gambling and junk food companies are promoting their products during sports they know children and teenagers are watching.

Explaining said that it is important for Australian children to associate their sporting heroes with healthy behaviours, not junk food, alcohol, and gambling, Stafford noted “as a supporting organisation of the End Alcohol Advertising in Sport campaign, we are calling on the Federal Government to phase out unhealthy sponsorship of sport, including alcohol.” 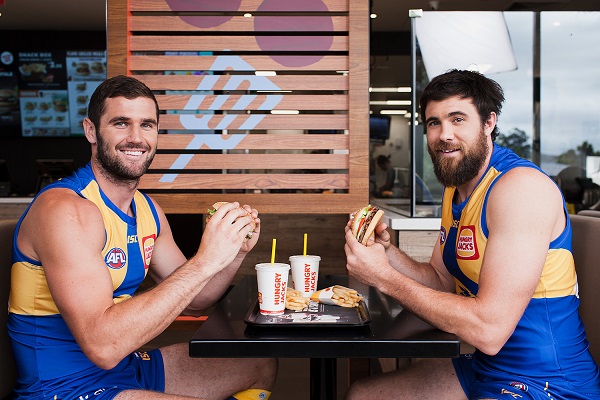 Ledger added “Cancer Council WA has recently called for all sectors, including sporting clubs, to help build environments that support health so it’s great to see such leadership from an AFL club like Richmond and we would really like to see more clubs following their example.

“In WA we’ve seen elite sporting teams like Perth Glory, Perth Heat and West Coast Fever say no to unhealthy sponsorships, and we encourage our AFL teams to do the same.”

The Adelaide Crows Football Club came in at last place, while both the West Coast Eagles and the Fremantle Dockers were tied in ninth place after being sponsored by six ‘red’ category sponsors.

2nd May 2019 - Credibility of celebrity weight management blogs under question