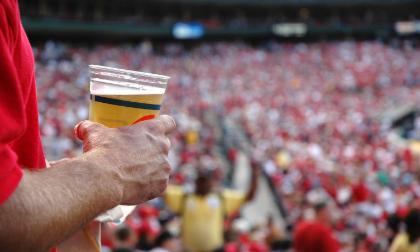 The Cancer Council Western Australia has joined the push for a blanket ban on alcohol advertising at all Australian sporting venues. The charity, which has a history of advocacy and action on cancer issues, has called on Federal Health Minister Nicola Roxon to consider a phased introduction of bans, similar to the method used for tobacco laws more than 20 years ago.

Late last year a National Preventative Health Strategy report recommended that alcohol sponsorship be phased out over an 11-year period, beginning with the outlaw of alcohol promotions and the sale of alcohol merchandising in years one to four.

As Cancer Council WA's Chief Executive Susanne Rooney stated "we'll have a conversation with (Western Australian Health Minister) Kim Hames -it's about seeing if we can get that support from Kim Hames and then we will also be working Commonwealth counterparts as well as a lot of other public health-orientated agencies at Commonwealth level."

Western Australia's Sport and Recreation Minister Terry Waldron recently said that alcohol promotion and sponsorship would be one of the several sporting issues he would put on the government's policy agenda.