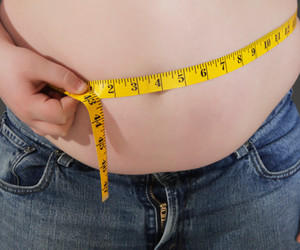 Health groups including Diabetes Australia and the Public Health Association of Australia (PHAA) are calling on the Australian Government to limit junk food advertising and tax high sugar food and drinks.

PHAA President Associate Professor Heather Yeatman recently stated "Governments can just say no to limit junk food advertising to our children; no to the sponsorship of children's sports by junk food companies, and no to the high levels of sugars, salt and fat in processed foods."

PHAA Chief Executive Michael Moore adds "we know that the industry's self-regulation advertising code is not effective when it comes to controlling junk food advertising; we know that the junk food industry - together with the alcohol industry - is now associated with almost all sports codes, and in particular children's sports; and we know that sugar is 23-24% of our energy intake from foods - it should be less than 20% - and saturated fat is 13-14 % of energy - should be less than 10%.

"We have been working with government to bring about changes in these areas, but for the sake of our children, more change needs to happen, more quickly."

With the World Health Organisation (WHO) apparently considering halving its recommendation on the daily intake of sugar from 10 teaspoons to five, other groups, including Diabetes Australia are calling for a 'sugar tax' on sweetened drinks, including also products like flavoured milk and sports drinks - to limit consumption.

However, the food and beverage industry is hitting back against new campaigns aimed at reducing sugar consumption, prompting critics to compare the industry's position to that of tobacco companies decades ago.

Australian Food and Grocery Council (AFGC) Deputy Chief Executive Dr Geoffrey Annison says there is nothing wrong with sugar, suggesting that scientific evidence, including data from WHO, shows that sugar is not related to obesity.

Dr Annison recently told the ABC "there's no demonstration that sugar of itself is particularly obesogenic or related to any health outcomes."

Diabetes Australia Chief Executive Professor Greg Johnson says the AFGC argument is eerily familiar, stating "these are the sorts of responses that we saw out of the tobacco industry decades ago, when we first started hearing from the College of Surgeons in the United States and leading clinicians and researchers around the problems of tobacco and ill health.

"So it's not a surprise to hear this. But all we can say is: look at the evidence that's coming out and being talked about by many independent, reputable experts and organisations around the world."

To date the response from the Federal Government does not support a 'sugar tax', with Federal Health and Sport Minister Peter Dutton recently emphasising that dietary matters in children are a parental responsibility.

"No-one likes saying no to your kids but that is part of being a responsible parent. No exercise and a constant diet of bad food result in obesity and diabetes. Parents owe it to their kids to take responsibility and action."

Associate Professor Heather Yeatman does not agree, stating "telling parents to 'just say no' to their children's requests for junk food is so simplistic as to be laughable.

"Governments can't ignore their own responsibility when it comes to our children's health.

"Minister Dutton rightly identified that 'the Government can't and shouldn't be in people's kitchens,' but they certainly should be taking much more of their own responsibility.

"Just (saying) no is not as easy as the Health Minister suggests."

The PHAA's Moore adds "for the Minister to say to parents 'just say no' trivialises the importance of childhood overweight and obesity. Our children's health is more important. Government's should be the ones to 'Just say no' to industry influence over our children's lives.

"One initiative that it ready to be implemented is Front of Pack labelling – information that will assist parents to select healthy foods. This should start immediately.

"We know from the actions taken by governments on smoking that such interventions do make a significant difference. We also know from the smoking issue that telling people to 'just say no' doesn't work."