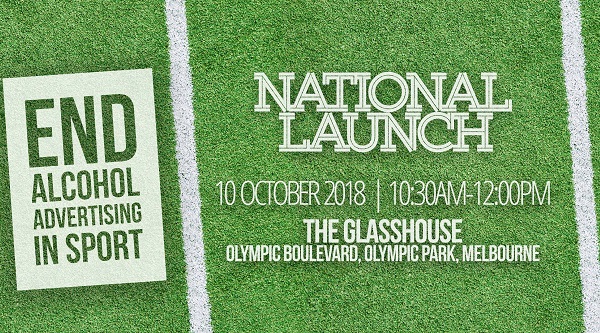 Promoted by the Foundation for Alcohol Research and Education (FARE), an independent, not-for-profit organisation working to stop the harm caused by alcohol, the campaign calls for alcohol advertising to be phased out of professional sports.

On its website, End Alcohol Advertising in Sport, it advises “millions of Australian children and families watch the AFL, NRL, and cricket; sports which are saturated with alcohol advertising. So much so that it’s becoming impossible to know where the game ends and the alcohol marketing begins.

“Yet all the evidence shows that exposure to alcohol advertising is associated with young people drinking more and from an earlier age.

“That’s why we’re calling for an end to alcohol advertising in sport. Let’s protect our kids by removing alcohol brands from Australia’s favourite games.

“We know Australians care deeply about this issue and change is possible but we need your help to get there. As a community, we can encourage Australia’s favourite sports to give up alcohol advertising; encourage governments to assist offending codes to break their addiction of alcohol industry dollars, inspire and ignite change across all professional sporting codes; and build a better future for our kids.” 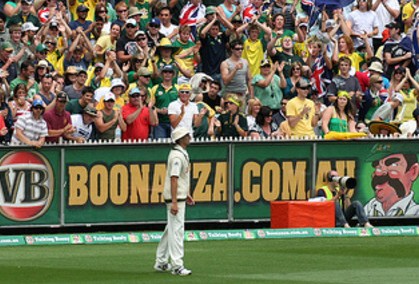 Established in 2001, FARE has been working since 2001 with communities, governments, health professionals and police across the country to stop alcohol harms by supporting world-leading research, raising public awareness and advocating for changes to alcohol policy.

Backed by health groups, the Country Women’s Association of Australia and religious groups including The Salvation Army and the Uniting Church in Australia, FARE recently called for further government efforts in the prevention and treatment of Fetal Alcohol Spectrum Disorder (FASD) on FASD Day.

The Foundation is highly critical of what it calls “the harmful drinking culture that currently exists in Australia”, advising that “alcohol harm is significant, resulting in more than 5,500 lives lost and 157,000 hospitalisations each year in Australia. Alcohol is also the major contributor to the three leading causes of death among adolescents: unintentional injuries, homicide and suicide. The social and economic costs to the community as a result of alcohol are insurmountable.

“An Australian study of 164 children aged five to 12 years found that 76% were able to correctly match at least one sport with its relevant sponsor. This is not surprising given an estimated cumulative audience of 26.9 million Australian children and adolescents watching Australia’s major televised sporting codes, AFL, Cricket and NRL are exposed to 51 million instances of alcohol advertising, with nearly half (47%) of these broadcast during daytime programming between 6am and 8.30pm.”

The launch of the End Alcohol Advertising in Sport is being held at the Glasshouse in Melbourne and Olympic Park on 10th October.

For more information go to www.endalcoholadvertisinginsport.org.au

Editor’s note: FARE and the End Alcohol Advertising in Sport declined to provide a spokeperson when asked by Australasian Leisure Management.