Alcohol-fuelled assaults - what should a hospitality provider do? 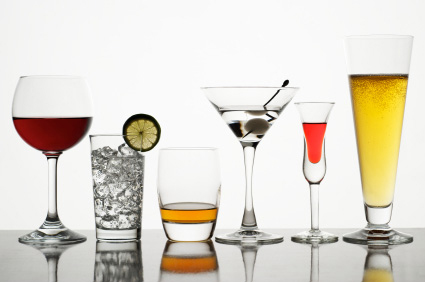 Tourism and leisure industry lawyer Anthony J Cordato explains that if a guest or patron suffers serious injury from an assault at a function, they are likely to ‘follow the money’ and sue not only the assailant, but also the hospitality provider (to gain access to their insurance policy).

Serving alcohol at a function venue increases the risk of assault. What precautions should a hospitality provider take to prevent assaults at function venues where alcohol is served, in line with their duty of care to keep their guests safe from injury?

In the decision of Packer v Tall Ships Sailing Cruises Aust P/L & Anor [2014] QSC 212, Justice Jackson of the Supreme Court of Queensland decided that the day cruise operator (TSSCA) had taken sufficient precautions so as not to be in breach its duty of care to its guest (Packer) who was assaulted on board its ship by an intoxicated guest.

The background facts
The function was the guest’s employer’s annual Christmas Party for staff and their families.

It was a day cruise which departed in the morning from Mariners Cove at Main Beach on the Gold Coast of Queensland, on the MV 2000. The ship sailed across Southern Morton Bay to McLaren’s Landing. There the cruise operator provided a buffet lunch and activities. The ship returned in the afternoon.

Alcohol was served throughout the day - on board the ship, and at McLaren’s Landing. The cruise operator provided a basic beverage package, not including spirits or premium drinks. The bar opened on departure from Mariner’s Cove, shortly after 10 am.

The assault took place when the guest approached a group at the ship’s bar whilst the ship was boarding after lunch, after 3:00 pm. The guest asked the group if they could keep their language down as there were women and children on board. He had previously made this request at lunchtime.

The guest was assaulted without warning with a one punch which came from behind (known as a ‘king hit’ or ‘sucker punch’) which landed on the right hand side of his face. The treatment required was a complete reconstruction of his facial bones with two plates and nine screws inserted. He claimed medical expenses and economic loss.

The allegations of breach of duty of care and the precautions taken
The proceedings were civil proceedings for damages, not criminal proceedings.

The court expressed the civil duty of care in these terms: a duty to take reasonable care to avoid a foreseeable risk of injury to ... passengers.

In this case, the plaintiff alleged the breach of the duty of care to be in these terms: TSSCA failed to control the continued presence or behaviour on its premises of the assailant’s group.

Given that assault is a foreseeable risk when alcohol is served, precautions must be taken.

This is a list of the precautions taken by the cruise operator (TSSCA):

1. A safety announcement was made shortly after departure – “If, throughout the day ... you have any questions, you can come and see one of the crew. If you see anything outside the norm, please come and inform us.”
2. The crew wore an easily identifiable uniform comprising blue shorts and running shoes with a blue and white polo t-shirt.
3. The ship was staffed by a crew of 10, each of whom had designated positions for boarding and disembarking the ship. On boarding, one of the crew took up a position at the top of the stairwell on the lower deck, whose function was to usher through and count passengers, and when boarding was complete, go to the bar area.
4. On board the ship and at the luncheon and bar area at McLarens Landing, TSSCA had bar and restaurant employees serving drinks and catering to patrons.

The court concluded that these precautions were sufficient to address foreseeable risks of assault. It rejected the guest’s contention that greater ‘crowd control’ / security measures should have been taken, such the deployment of a crew member at the bar while passengers were boarding. The court found: there was nothing in the [boisterous conduct of the group at the bar] which gave an inkling that the situation ... might produce violence. [para 86 judgment]

The court also found: the assault was sudden, unexpected and came without warning .

Conclusions
In this case, the court concluded that TSSCA had taken sufficient precautions when serving alcohol on licensed premises on board the ship to address the risk of injury to its guests from assault. Therefore, the guest’s claim failed because there was no breach of the duty of care.

With the benefit of hindsight, TSSCA, the function venue and day cruise operators need to add four items to their list of precautions to avoid civil liability for injuries.

First is the need to observe Responsible Service of Alcohol (RSA) policies, which sets standards for service of alcohol. RSA policies apply throughout Australia. This case was pre-RSA.

Second is the need to have members of staff deployed as ‘security’ to keep a watch for situations which might erupt in violence, and to intervene when necessary.

Third is the placement of signs to warn guests that ‘bad behaviour’ will not be tolerated, to reinforce safety announcements.

Fourth is the placement of CCTV (Closed Circuit Television) cameras to provide a video recording of all public areas. In this age of smartphones, many guests will have their own video recordings, and so an independent record is wise.

Cordato Partners Lawyers are experts in tourism law, specialising in providing a full range of legal services to the travel, leisure and hospitality industries.

Information in this news item is intended to provide a summary and general overview on matters of interest. It is not intended to constitute legal advice.

13th December 2013 - Company Christmas parties: ‘tis the season to be