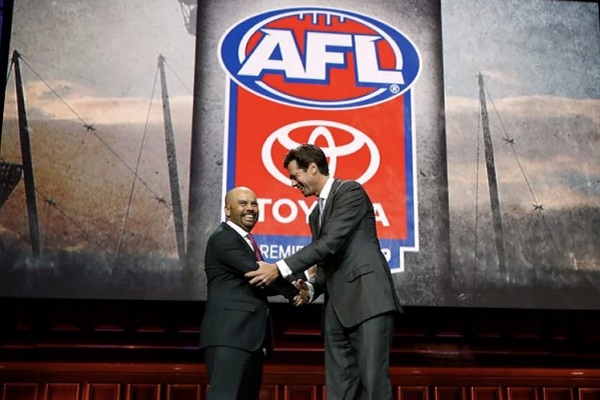 The new agreement, which extends the partnership to 20 consecutive seasons, will run until the end of 2023 and is reportedly worth $18.5 million per year.

Announcing the extension, AFL Chief executive, Gillon McLachlan stated "our partnership started in 2004 and over that time the contribution Toyota has made to footy, not only in the AFL, but at a community level is nothing short of amazing.

“We are thrilled with the extension and look forward to working with Toyota for many years to come.”