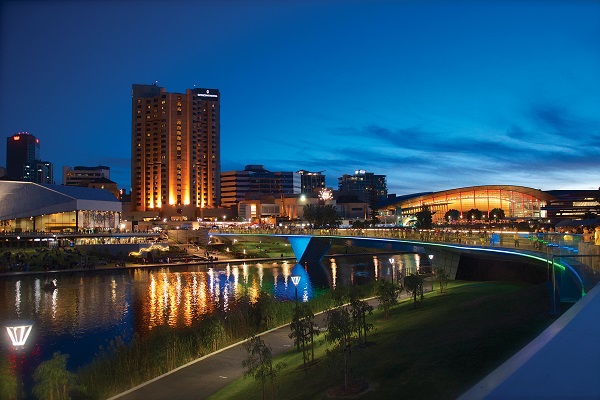 While it may be easier for venues, promoters and ticketing agencies to wash their hands of patrons ripped off by unscrupulous ticket scalpers - after all, they usually know they are buying second hand and should proceed with the appropriate caution, Linda Mundy, BASS Ticketing Infrastructure Executive at the Adelaide Festival Centre, has spent several years helping consumers recover what they can, based on a belief that it ultimately pays for venues to lend consumers a hand.

In a feature in Australasian Leisure Management issue 134, Mundy explains “at the end of the day, it is not the venue’s responsibility or problem if a person buys second hand tickets and turns up to the event with tickets that are invalid. That said, while we can’t offer them free replacement tickets or a refund, we can sometimes provide them with assistance in recouping their lost monies from the person or platform they bought them from, and in doing so, hit the scalpers where it hurts - their wallets.”

In addition, Mundy’s role in taking on scalpers has seen some ticket resellers and scalpers decide the Adelaide venues under BASS Ticketing are not worth scalping - a clear indication that it makes business sense to put the time in. She says several big players no longer bother setting up advertising or landing pages to sell tickets to events in Adelaide as her work helping patrons successfully claw their money back and tackling on sellers directly puts them in the ‘too hard basket.’

Mundy advises “it also helps protect our reputation with patrons -by doing our best even when we have no obligation to do so, we show them we care and we will still do our very best by them when we can.”

While issues relating to resale have come to a head and received extensive media coverage over the last couple of years, there is no clear current data on how many tickets are scalped each year in Australia.

However, a 2013 study, undertaken by Galaxy Research on behalf of Viagogo as it prepared to launch in Australia, found that 500,000 Australians had been affected by ticketing frauds and online scammers in the previous 12 months.

While some consumers know they are buying from scalpers, resale sites are often cleverly designed and promoted so that ticket buyers aren’t aware of their ‘unofficial’ status.

Among many examples is that of Kitty Flanagan’s shows, where Viagogo paid to ensure Google placed them in the top ranked positions when people searched for ticket sales online. This made them appear to be the official seller to the undiscerning eye, which they were not.

The comedian herself came out swinging in this case, telling people on her site not to buy from them, and warning them of the inflated prices and potential for landing themselves at the gate with invalid tickets. Very recently, Google closed these doors and Viagogo has vanished from the top spots, but it pays to keep an eye open on future developments.

Fighting back
For Mundy, fighting back with scalpers has become a campaign she’s had considerable success with - and she’s learned a lot about switching with the times as quickly as the scalpers do.

She advises “you have to admire how clever they are - they are good at what they do, and they adapt to meet the letter of any law change, if not the intent. For example, when they were required by law to show original ticket pricing, they utilise grey on grey fonts next to dazzling greens and reds that distract the eye,” she says. It’s having respect for the cleverness of their operations that allows her to objectively look for ways to beat them at their ever-evolving game.

A key method to spotting suspicious activity for Mundy and BASS is constant monitoring of online transactions, with an eye for indicators the person making the transaction is not quite who or where they say they are.

Explaining how this is done, Mundy comments “we track at the server logs, painstakingly cross reference booking sessions to identify the location of the user’s computer; again to see if they match the stated account holder’s location. While hackers and people downloading movies know how to disguise themselves, apparently our scalpers are not as smart as Game of Thrones fans!”

Tracking credit cards is also key, Mundy says they cross reference looking for cards used for multiple accounts and check the source of the card (bin testing) to see if the card origin matches the location of the account holder,” she says.

They also watch out for sales coming in from IP addresses in countries with higher volumes of scalping activity, or multiple purchases from someone outside the local area.

She notes “we will then give these transactions closer attention. If there are sales for tickets on the same event on separate days to the same card or account, for example, we will then make contact with the buyer - they have to provide contact information when making the purchase, explaining there may have been fraudulent activity on their card, and we have taken security measures and voided the tickets. They are invited to collect replacement tickets with proof of purchase and appropriate identification.

“We have found genuine buyers will contact us quickly and calmly. Scalpers will generally disappear, or become quite belligerent.”

Helping the victims of scalpers
As well as tracking scalpers and fraudsters, part of the equation is helping patrons who have been duped. Here Mundy advises “sometimes suspicions have been raised by the exorbitant price or a foreign currency transactions by the purchaser, and they will make contact with us to ensure their tickets are valid.”

When purchasers go to a reseller site, it is noted that fees and charges will apply, however, these are typically not added until the very last click, often in a manner that can slip by a less attentive eye. Mundy says they often get calls from buyers when the final amount turns up on the purchase complete page, the emailed receipt or bank statement, and the purchaser is worried they may have been scammed, so they make contact with the venue to enquire.

Mundy notes “once identified, we would assist patrons to navigate their way through the process of obtaining a refund from the seller or the reselling site and, if not forthcoming, through their credit card provider or PayPal.

“Scalper activity has slowed to a trickle; and I credit that to us being particularly unpalatable as a target - why try to make money when you know someone is watching out for you.”

BASS Ticketing
Owned and operated by Adelaide Festival Centre Trust, since 1977 BASS has been the leading ticketing agency for arts and entertainment in South Australia.

As well as being the exclusive ticketing agency for all Festival Centre venues including the Festival Theatre, Dunstan Playhouse, Space Theatre, Amphitheatre and Her Majesty's Theatre, BASS provides ticketing services for arts and entertainment venues and a variety of outdoor events across South Australia including the Adelaide Town Hall.

All BASS profits are returned to Adelaide Festival Centre to support cultural and community projects.

The full feature, Fighting Back, can only be read Australasian Leisure Management issue 134.