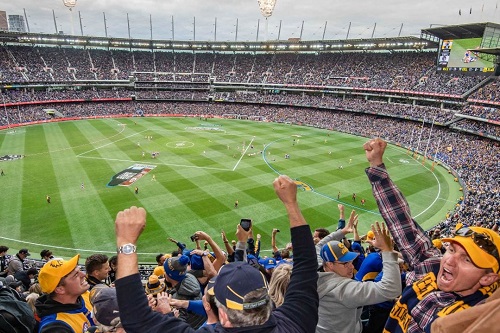 AFL finals tickets offered for sale at more than 10% of their face value - in breach of Victoria’s anti scalping laws - have been removed from sale amid an investigation into alleged price hiking involving experience packages firm BallPark Entertainment.

Owned by Melbourne sports media entrepreneur Craig Hutchison, the company had listed tickets for the AFL semi-final between Geelong and the West Coast Eagles at the MCG - with a value of $93 for $170 - above the 10% cap allowed by the Victoria legislation

Blaming the mistake on a ‘third party’, BallPark was quoted by Melbourne newspaper the Herald Sun as stating “upon investigation, a third party has mistakenly listed BallPark Entertainment’s medallion club ticket inventory as ticket only with access to premium bar facilities.

“BallPark Entertainment is one of many approved medallion club ticket agents, but the third party isn’t. We take responsibility regardless for how this has occurred.”

Victoria’s Sport Minister Martin Pakula told the newspaper that more than 500 advertisements have been removed for breaking the law and confirmed that the AFL was investigating the tickets.

He advised “the legislation … won’t stop people who continue to try and circumvent the law, but what it will ensure is that there is a strong response from (the Victorian) Government and from leagues.”