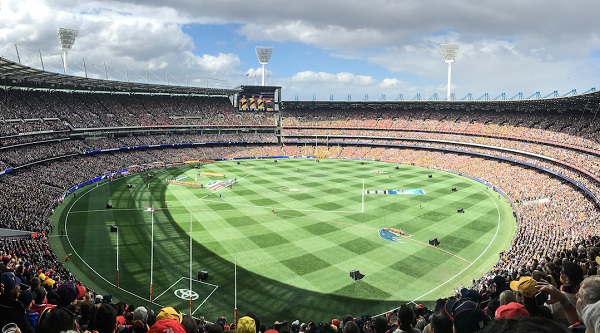 With the AFL having welcomed the joining of the competition's one millionth club member this season, the growth in support for the game is creating unrealisable demands for finals series games.

With the AFL's surge in membership - from 422,815 in 1998 to this year's historic figure – demand to attend live games, particularly through the current finals series is exceeding venue capacity.

The Victorian Government has warned fans unable to obtain tickets to take care if considering buying a second-hand ticket to this year’s AFL finals series.

With Victorian games in the 2018 AFL Finals Series officially declared as a major event, the Victorian Government is cracking down on ticket scalping.

Under the Major Events Act 2009, tickets to a declared major event cannot be advertised for resale or resold for more than 10% above the original value.

New authorised ticketing officers are helping Victoria Police enforce the laws with penalties ranging from $806 to $483,500 depending on the nature of the offences.

Already more than 65 individuals already being investigated over resales matters.

Demand in Perth for regular season games as well as finals at the new Optus Stadium, with a current capacity of 60,000, is leading to calls for it to be expanded by 10,000 seats – a contingency included in its original design.

However, that many supporters of two teams with enormous official support (Richmond has more than 100,000 members, Collingwood 75,000) will be unable to secure tickets for the 100,000 capacity MCG on Friday is inevitable and hardly new.

However, as Offsiders columnist Richard Hinds wrote on the ABC website yesterday, “the significant difference is that fans do not merely feel disappointed they won't see the big game, they feel betrayed by a system that fails to reward their loyalty and up-front investment as members.” 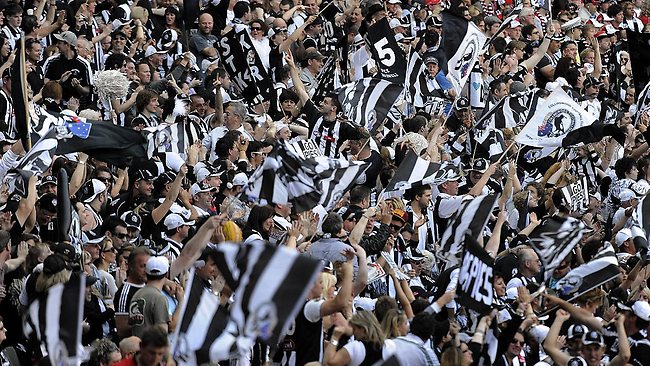 “Club memberships and add-ons such as reserved seats were sold with both a stick and a carrot. While simultaneously tempting fans with the privileges of membership, clubs also shamed those who did not sign on with the barely concealed message: ‘If you're not a member, you're not a real fan’.

"Memberships morphed into multiple categories with only the most expensive guaranteeing finals and grand final tickets, while basic package holders were left fighting for what crumbs fell from the September table.

“The problem in what is now an 18-team competition is that those fans who can't afford to count an expensive platinum membership as a virtual donation must use a crystal ball when buying their season tickets.

“The pain of getting that decision wrong was felt last September by those Richmond supporters who did not buy a membership guaranteeing finals and grand final access to watch a team that had not given many hints that a 37-year premiership drought was about to break.

“Similarly, Collingwood and Melbourne supporters who didn't foresee finals glory this season could be left in the lurch - even those who might have bought fewer memberships and attended every home-and-away game.

“At the heart of the wrenching ordeal faced by fans who sweated over their laptops watching the Ticketek ‘site busy’ page whirl is the status of ‘real fandom’, which, it could be argued, should be earned, not purchased.

“In that sense, the old queues at suburban grounds for finals tickets at least rewarded the most sacrificial. They were certainly fairer than the online agencies that do not discriminate between the tech-savvy - or just plain lucky - and the footy mad.

“While scalping is a predictable target of headline-seeking politicians, there was also a time when the footy black market provided a reasonable exchange for tickets from the hands of opportunists to desperate fans.

“Although now, the wider distribution network of online markets means that scalped tickets are subject to hyper-inflation and priced well beyond the means of that notional ‘average’ supporter.

“A commonly suggested means of ensuring finals tickets end up in the hands of ‘deserving’ supporters is to reward home-and-away game attendance.

Images: The 2017 AFL Grand Final at the MCG (top) and Collingwood fans (below).